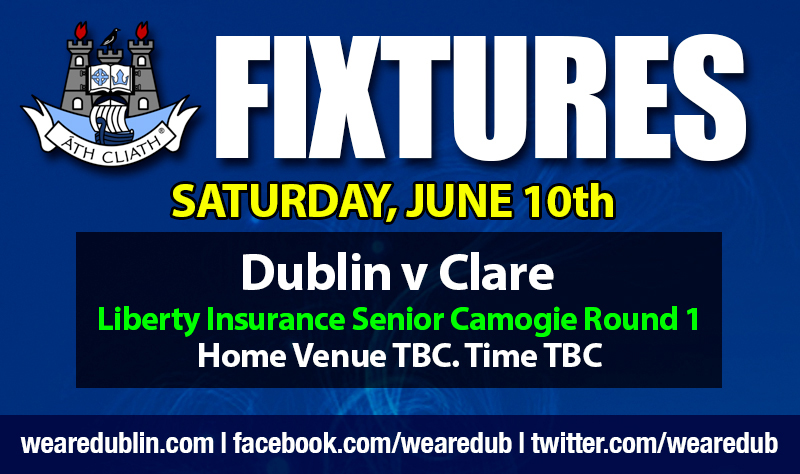 This weekend will see the commencement of the Liberty Insurance Camogie Championships, and the Senior competition takes centre stage.

David Herity’s Senior Camogie Panel will have two home fixtures to get the ball rolling, starting with their opening round game against Clare.

The girls in blue saw their form improve towards the end of their National League campaign and their final round victory over Wexford would have given them a much needed boost. Unfortunately they faced a massive task against Kilkenny in the Leinster Quarter Final and sadly were beaten, despite a massive battle.

So on Saturday the slate is wiped clean and the Dubs will go again.

Venue and throw in time will be confirmed later.