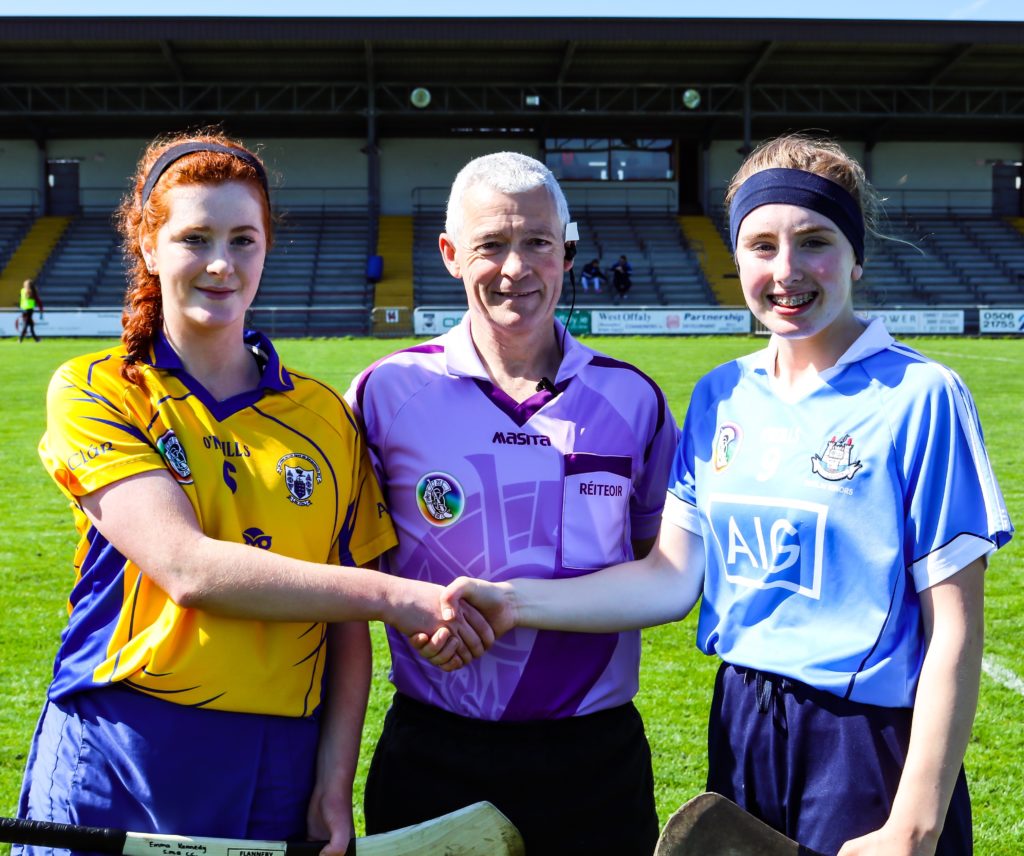 Dublin’s Minor Camogie Squad had a heartbreaking end to their All Ireland campaign as they came up against a Clare side in red hot form in today’s All Ireland Semi-Final played in St Brendan’s Park in Birr this afternoon.

The writing was on the wall early on as the girls from the West raced in a 2-03 to 0-01 lead inside the opening twelve minutes.

A goal for Clare inside the opening two minutes from Aine O’Loughlin set the tone for the game. Before Dublin could settle Clare added two more points, a free Aoife Power and a fine score from open play scored by Aine O’Loughlin. 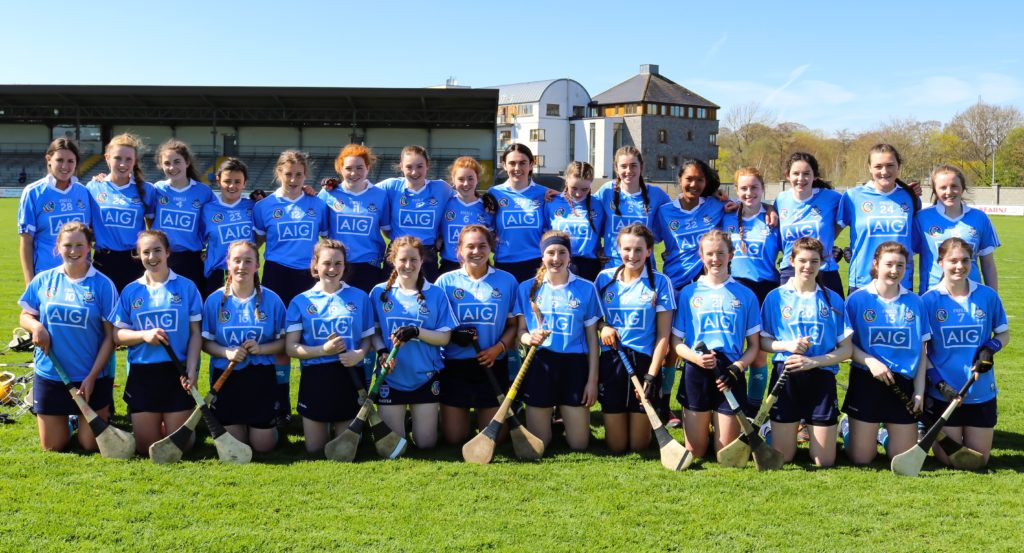 Dublin finally got their first score of the game in the 10th minute from a Ciara Holland free. But the girls in blue were struggling to get anything to stick up front and in fact were struggling in every area of the pitch.

Whether it was nerves that got to them the Dublin players looked very flat footed in the early part of the game, Clare on the other hand looked razor sharp and were first to every ball.

The girls from The Banner County made their dominance count and in the space of a minute hit 1-01 to pull further ahead. Evelyn Duggan scored an excellent point and from the resultant Clare won the ball and Aine O’Loughlin grabbed her second goal of the half. 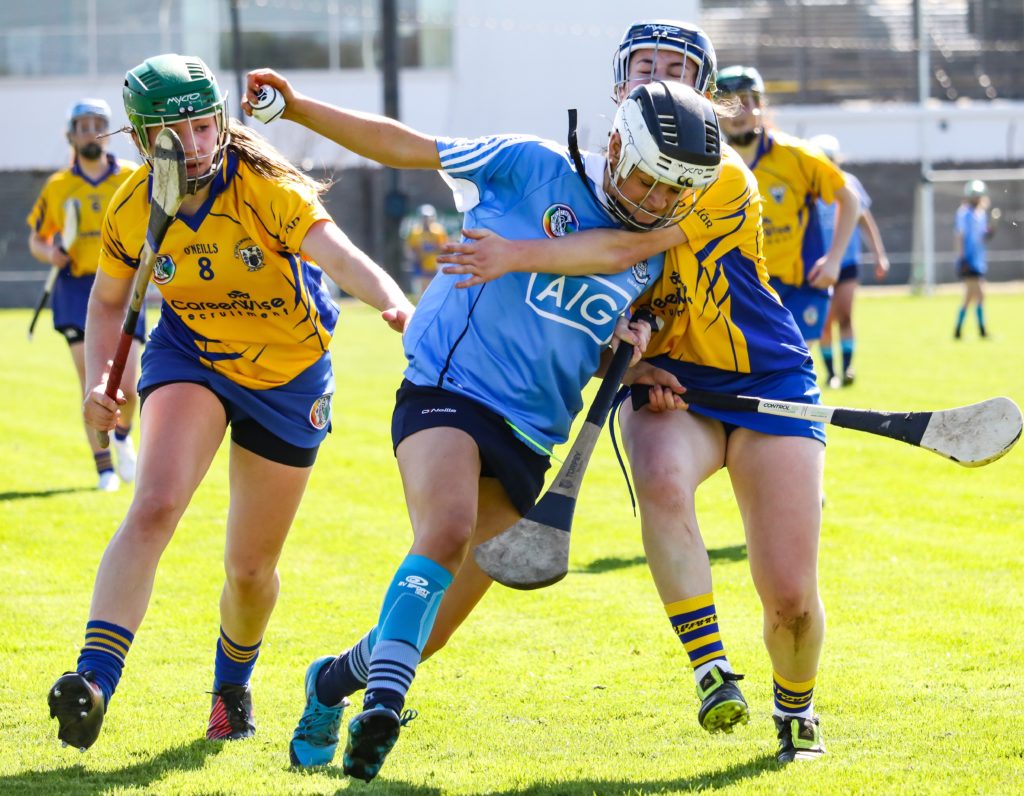 Dublin were now in serious trouble and needed scores quickly, but the game went through a nine minute barren scoring spell until Aoife Power knocked over another point for Clare to give them a nine point lead.

Dublin finally got a small bit of possession in their forward line and reduced the deficit to seven points with a Ciara Holland pointed free and a brilliant point from Kerri Finnegan. But it was Clare who had the last say before the short whistle when Bridin Dinan hit a fine effort to leave the score 2-05 to 0-03 in their favour at the break and Dublin had a mountain to climb. 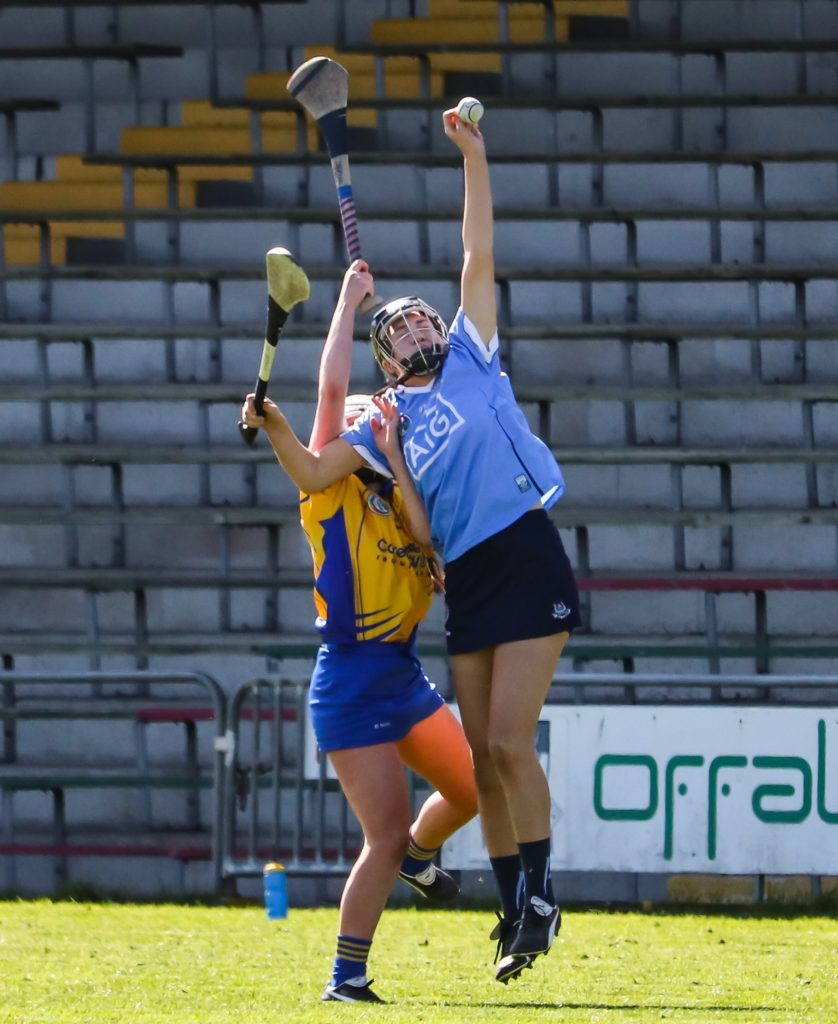 Dublin needed scores early in the second half, but it was the ladies from the Banner County who struck first in the 33rd minute when midfielder Laura Foley hit a good strike straight over the black spot.

Dublin’s half forward Kerri Finnegan responded seconds later with a nice point, but five minutes after Laura Foley grabbed her second point of the contest, the game was all but ended when Aine O’Loughlin completed her hat-trick with another brilliant finish to the back of the Dublin net. 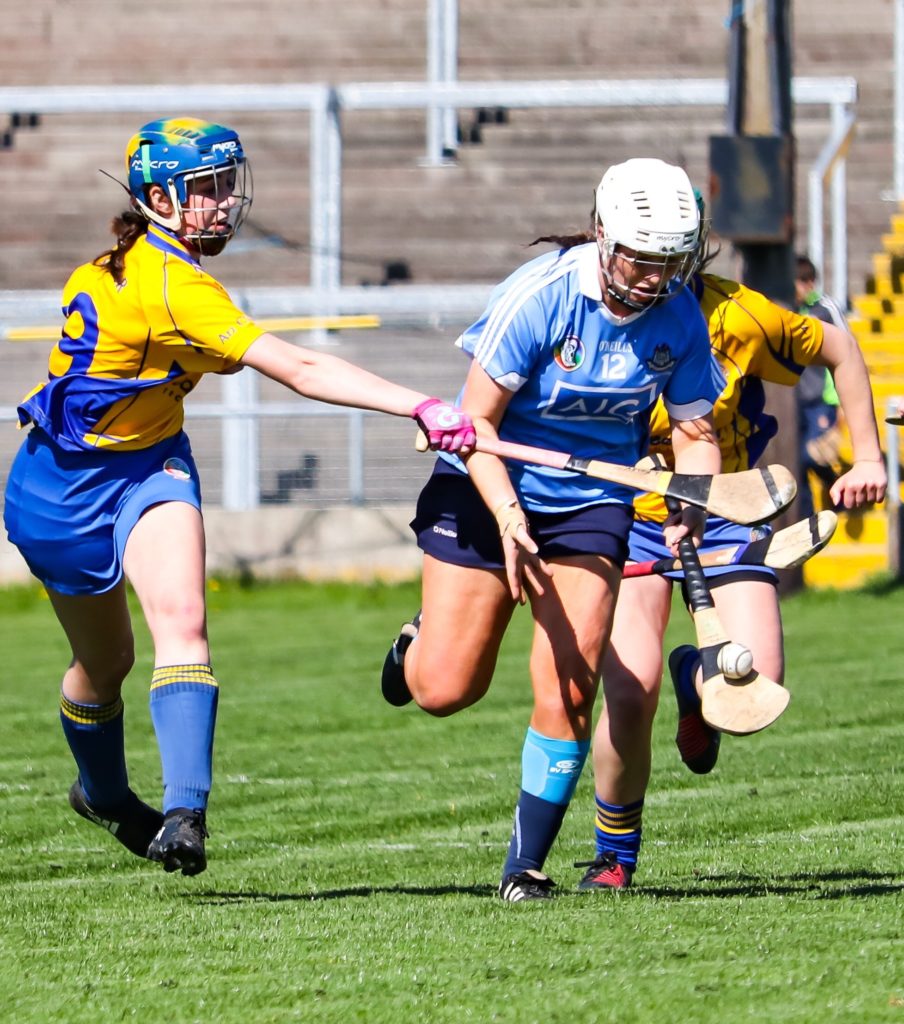 To Dublin’s credit they never let their heads drop and enjoyed the best spell of the match between the 42nd and 50th minute out scoring Clare 0-04 to 0-01. The Dublin points coming from two Ciara Holland frees, a long range free from Niamh Rock and a super score from play by Aoibhe Dillon. The solitary response from Clare came from second half substitute Sinead Conlan.

But any notion of a glorious Dublin comeback was emphatically ended with three points in a row from Clare, two from Laura Foley who was excellent in midfield all game, one from open play and the other from a well struck free. The other point came from the hurl of Aine O’Loughlin. 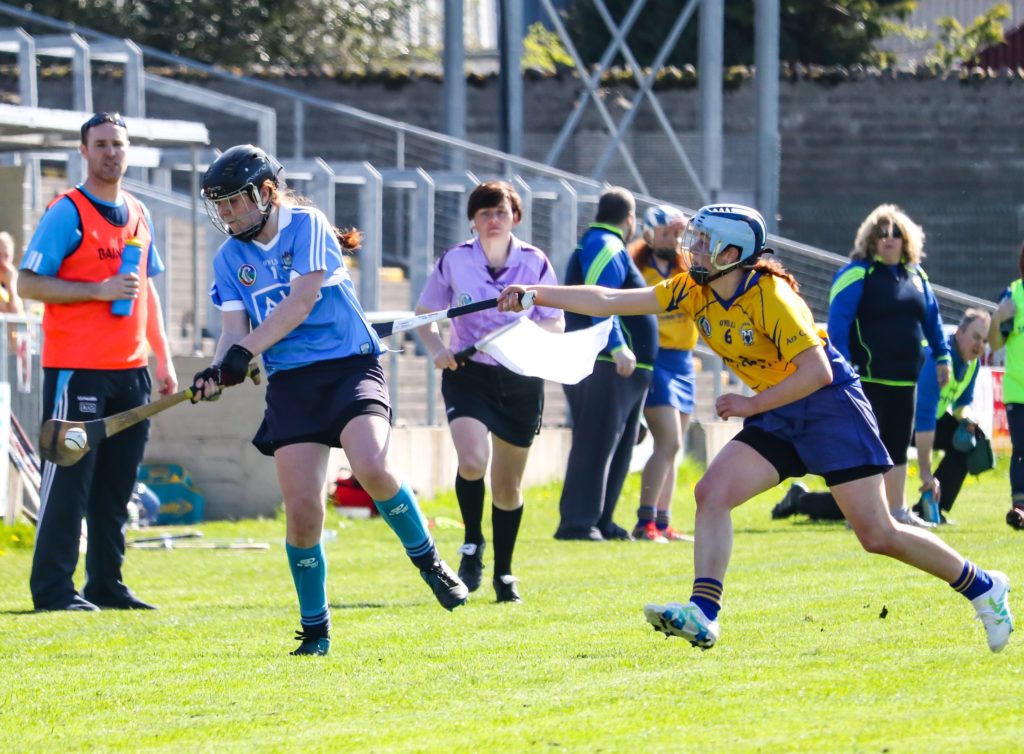 Dublin battled till the end and in the final minute Aoibhe Dillion scored a nice point, but it was probably fitting that it was left to the player of the match and the games top scorer Aine O’Loughlin to hit the last point of the day.

It was one of those days for Dublin were they never really got going and Clare were fully deserving winners. Thankfully for the girls in blue and their management their season is not over yet and after a little break and reflection on today’s game, they will be back training and preparing for the upcoming Leinster Championship a little later in the year. 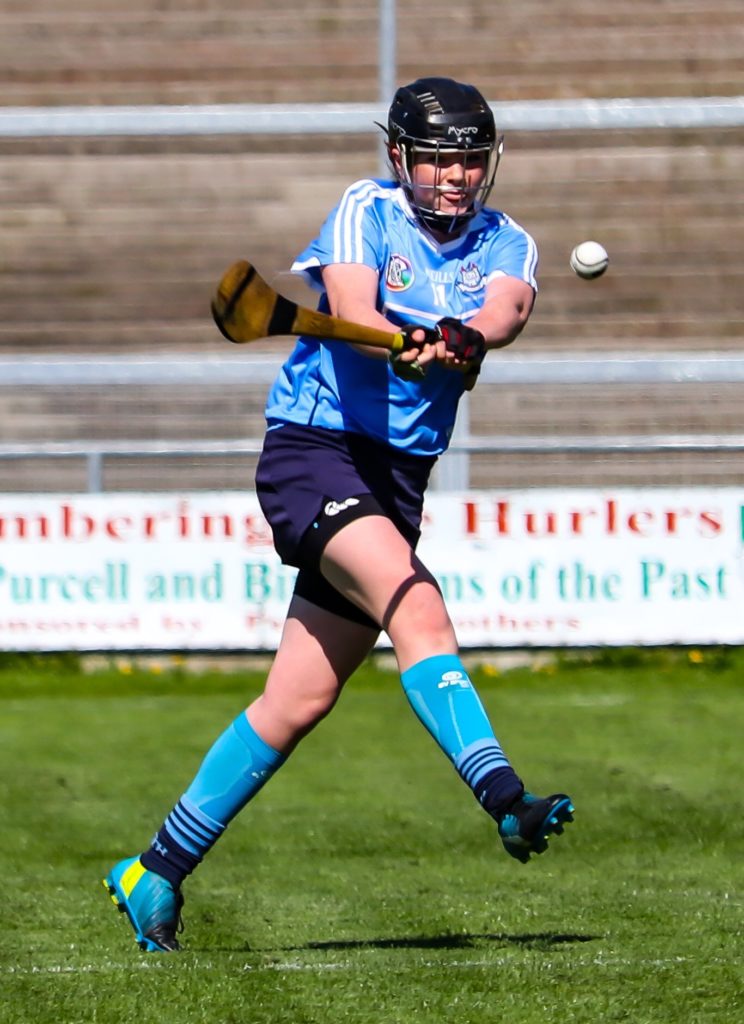 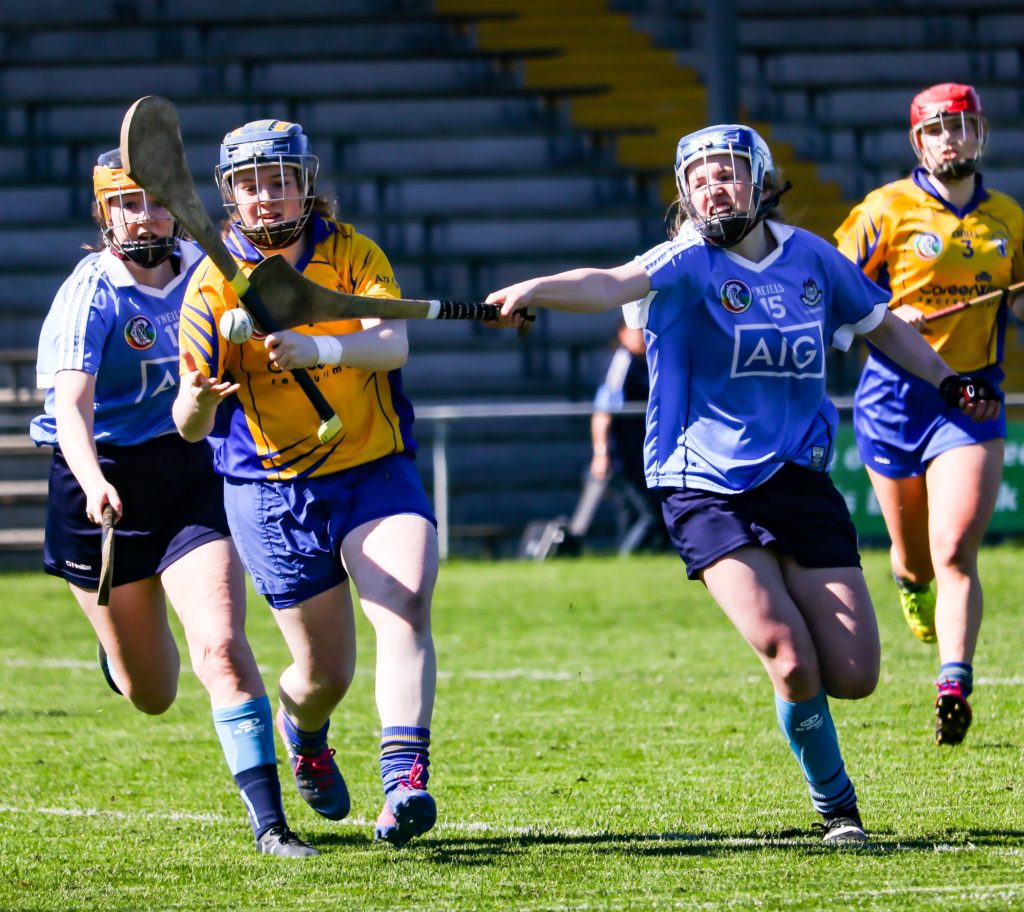 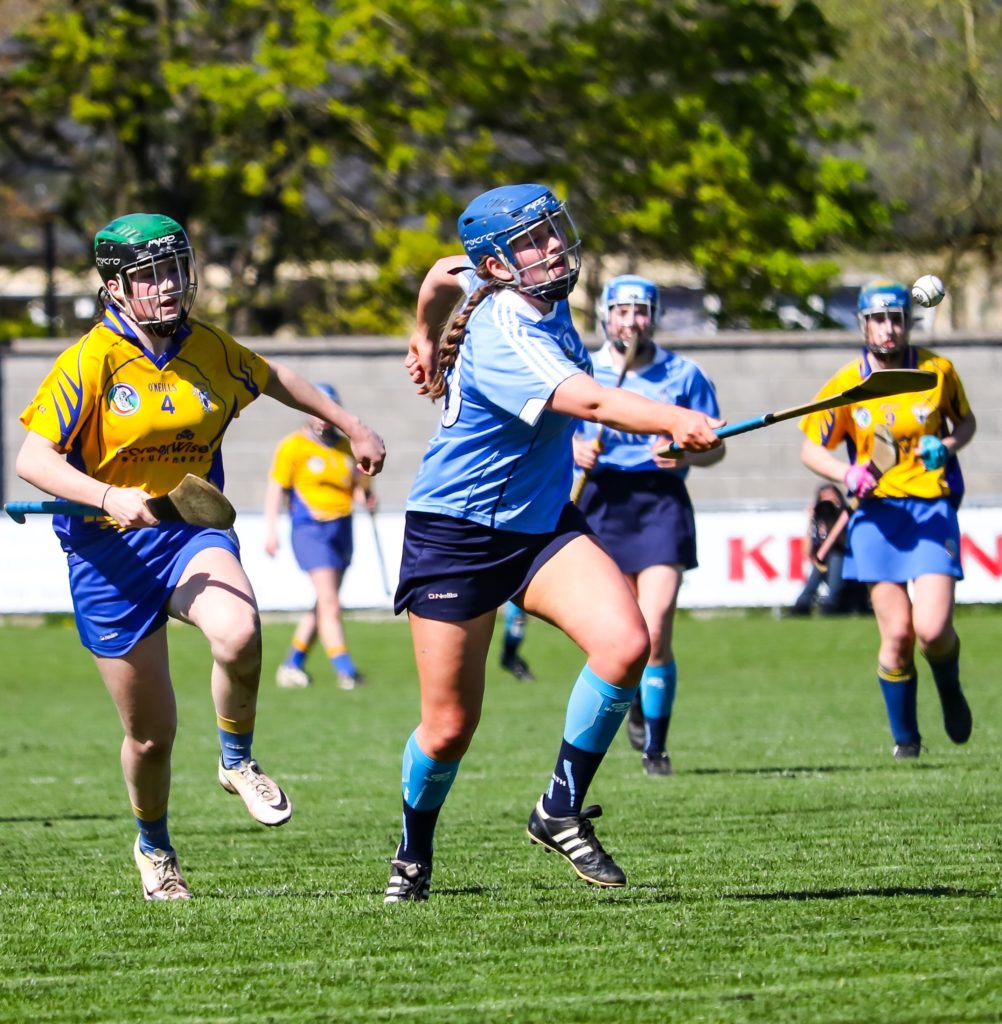 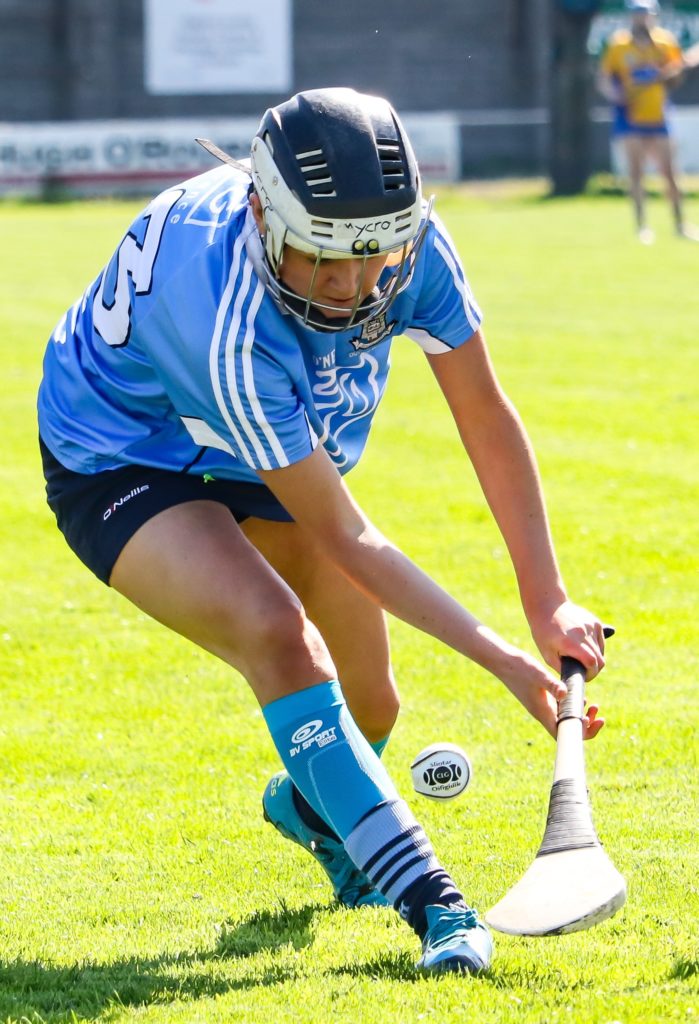 As you were for Dublin Inters for Leinster Intermediate Championship semi...