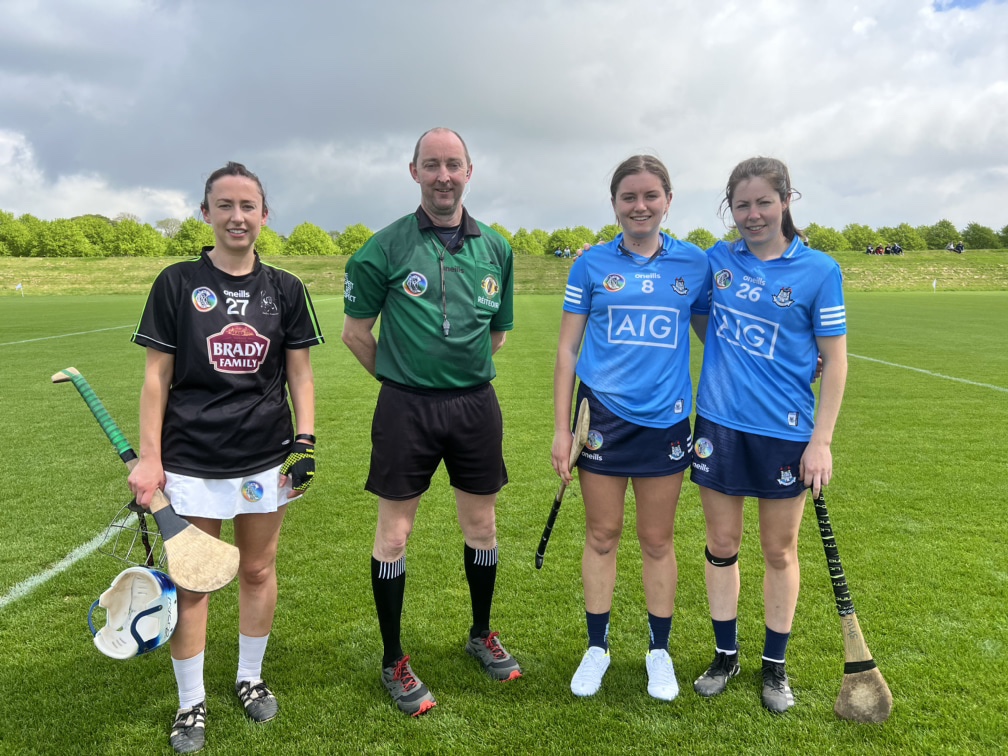 A dominant second half display from Kildare where they outscored Dublin eight points to three secured the Lilywhites a place in next weekends Leinster Intermediate final.

Dublin led by a point at half time in a keenly and evenly contested opening half, but Kildare’s domination of possession, crisper passing and ability to find players in scoring position told in the end.

Kildare opened the scoring in the opening minute with a point from Niamh Hegarty. That lead was doubled a minute later with a converted free from Emer Reilly.

Dublin got off the mark in the fifth minute with an excellent point from Ellen Dunphy. Kildare though increased their lead with two fine points from play from Aoife Stynes and Deirbhile Byrne.

There was just a point between the teams midway through the half courtesy of two points from midfielder Niamh Comerford, the first from a free and the second a good effort that split the posts.

A pointed free from Kildare’s Emer Reilly but two again between the teams, but points from Siobhan Kehoe and Ciara Holland brought the sides level with nine minutes to the break.

Kildare though were causing plenty of problems for the Dublin defence particularly the ball carrying and pace of Deirbhile Byrne.

Byrne added a fine point in the 24th minute and a converted free from Emer Reilly again gave Kildare a two point lead.

But Dublin ended the half strongly, a Niamh Comerford free sandwiched between two Aoibhe Dillion points from play gave Dublin the lead for the first time in game.

Deep in injury time an Emergency Reilly pointed free brought parity again, but an excellent point from Ellen Dunphy insured Dublin went into the break a point up with the score 0-09 to 0-08.

Kildare though came out after the break and dominated the half. Another successful free attempt from Emer Reilly made the game all square.

A brilliant long range effort from Siobhan Kehoe went straight over the black spot to regain the lead for Dublin and looked like it was going to be another close half.

But between the 36th and 50th minute Kildare scored five unanswered points from Niamh Hegarty, Deirbhile Byrne, Ciara Egan and Roisin Forde and a free Emer Reilly to take control of the semi final.

Aoibhe Dillion pulled one back for Dublin but two more converted frees from Emer Reilly sealed the deal for Kildare.