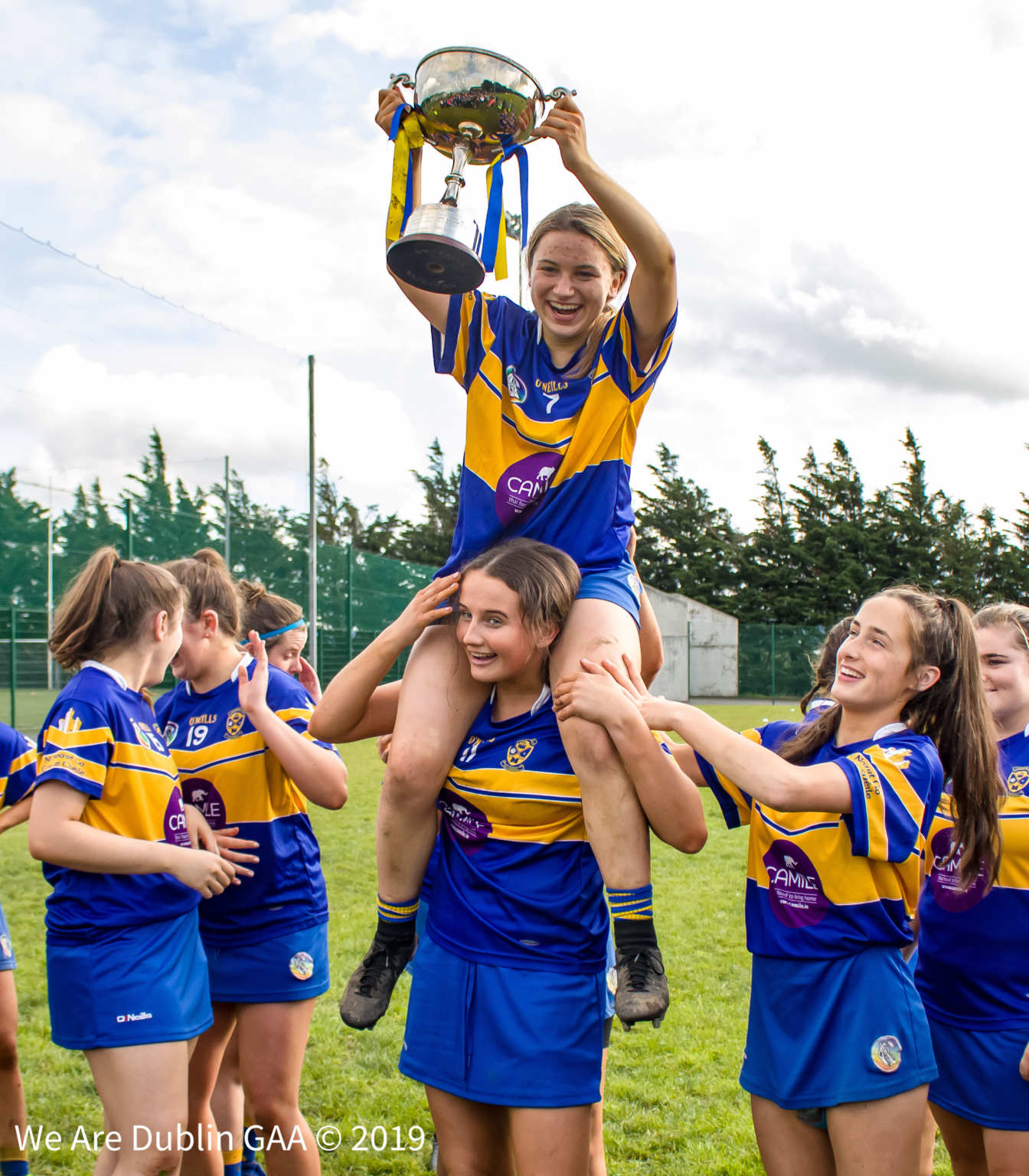 A number of fixtures in the Adult Club Camogie Championships failed to take place over the weekend as the inclement weather led to unplayable pitches.

The Senior 1 Final is scheduled for Sunday the 27th of October with the venue and throw-in time to be confirmed.

Naomh Jude are the defending champions having won the 2018 final for the first time in their clubs 40 year history.

Naomh Uinsionn will be hoping to overturn a narrow loss to Naomh Jude in an earlier group game.

The other Senior 2 semi final between KIlmacud Crokes and Good Counsel fell foul of the weather and will now be played on Sunday the 20th of October.

The first of our adult finals the We Are Dublin GAA Inter 1 Club Championship Final took place on Sunday in Round Towers between Castleknock and Erins Isle.

And it was Castleknock who claimed the win and title on a scoreline of 4-12 to 1-02. Castleknock now travel to play Johnston Bridge of Kildare in the first round of the Leinster Club Championship this coming Saturday the 19th of October. We wish Castleknock every success on Saturday.

Other adult club championship semi finals will be staged over the coming weekends.

Our Minor Championships are scheduled to commence on Sunday the 3rd of November and we are delighted to announce that a record 39 teams have entered these championships.

These will comprise of 5 divisions and promises to be very competitive in all grades.

A meeting for all Club Child Protection officers will take place in Parnell Park at 7pm on Monday the 21st October. It is important that all CPO’s attend this important meeting.

Monday the 2nd of December is the date for the Dublin Camogie AGM and will take place in Parnell Park at 7pm.