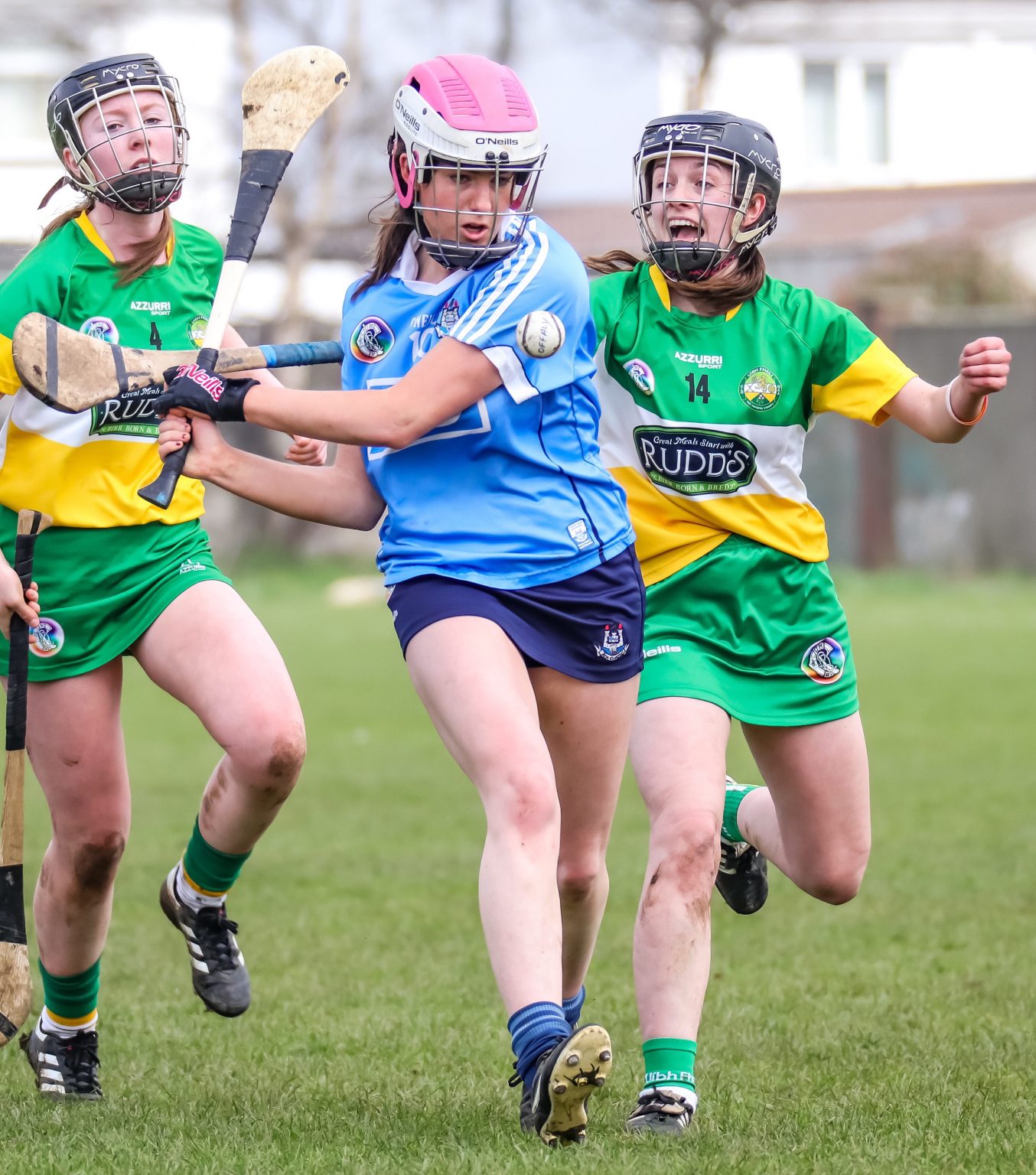 Both the Dublin U16A and U16B teams were in Leinster Championship action last Saturday in St Davids in Artane.

In the Leinster Camogie U16A Championship Dublin had nine points to spare over their opponents Offaly with the final score 1-11 to 0-05.

That result qualified Dublin for the Leinster Final on the May bank holiday weekend. where they will meet Kilkenny the venue and throw-in time to be confirmed.

In the Leinster Camogie U16B Championship Semi Final a first half goal blitz from Dublin helped secure a comprehensive 21 point win over Laois on a scoreline of 5-15 to 2-03.

Dublin will now face Carlow in the Leinster Final with that game also taking place on the May bank holiday weekend. The date, venue and throw-in time will be announced in due course.

The annual Dublin Camogie Table quiz will take place in Faughs GAA club on Friday April the 20th at 8pm.

A table of 4 people is priced at just €40. There will be a raffle and a number of spot prizes on the night. Sean Moynihan will be the Quiz Master.

The game has been fixed to take place in Clane GAA club in Co. Kildare with the action getting underway at 2pm.

The 2018 Dublin Féile will take place on the 28th and 29th of April. There will be teams participating in 7 Divisions with games taking place in 6 different locations across the county.

All the details on the divisions, venues and throw-in times can be found on the county board website www.dublincamogie.ie

Dublin Camogie extends its deepest sympathy to the Family and friends of Deirdre Lambe, Club Secretary of Na Fianna GAA who unexpectedly passed away a few days ago.