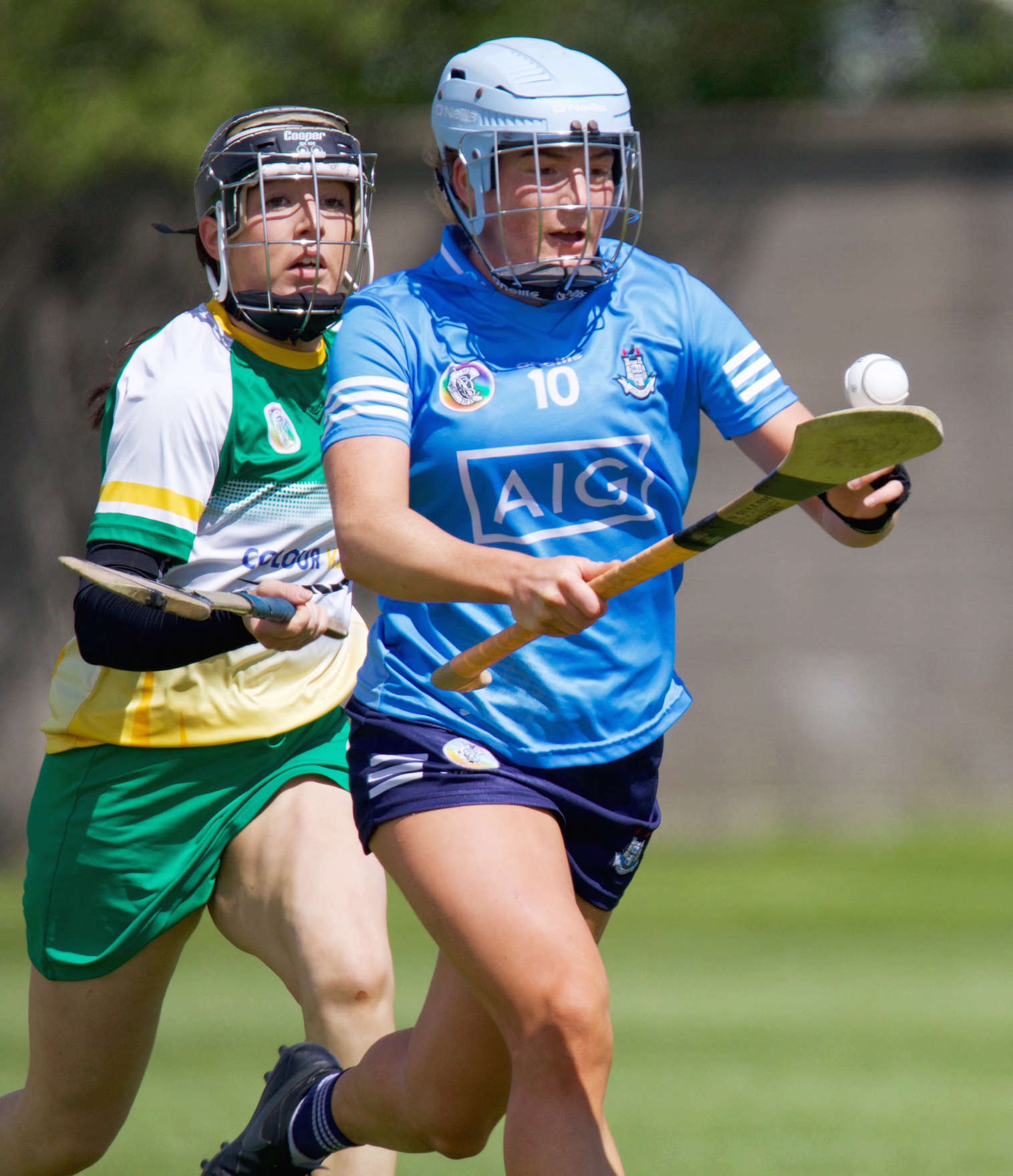 That result sees the Camogie seniors facing a three team relegation fight to secure their Division 1 status for next season.

Dublin will be bitterly disappointed at today’s result in what was an entertaining and competitive game which Adrian O’Sullivan’s side were on top for long periods of the game and led by six heading in the third quarter of game.

But as the old saying goes goals win games and Dublin conceded four very poor goals to Offaly this afternoon and it’s an area they must tighten up not just for the relegation play-off but the ever approaching All-Ireland Championship.

There were a number of fine displays from Dublin players today, Hannah Hegarty was excellent in the half-back line making a number of vital interceptions and spraying some fines passes into the forward line.

Niamh Gannon was a constant threat from the half forward line carrying the ball and driving at the Offaly defensive unit with menace, Gannon scored an excellent goal and finished with 1-03 to her name.

Others of note on the day were Grainne Quinn, Kerrie Finnegan and Jody Couch who all lauded their part in what was a good performance by the Dubs.

Offaly took the lead inside the opening minute with a converted free from Grainne Egan. Dublin though hit back with a brace of fine points from play from Niamh Gannon and Aisling Maher.

Ten minutes in and a long ball towards the Dublin square wasn’t cleared and full back Eve O’Brien was penalised for a foul and Offaly were awarded a penalty.

Surprisingly with the penalty rule change this year that permits only the goalkeeper on the goal line, Offaly’s Grainne Egan choose to just take a point instead of going for goal.

Dublin retook the lead in the thirteenth minute with a converted free from Aisling Maher. Two minutes later though and Offaly pounced for the games opening goal, the Dublin defence failed to clear the ball in front of goal and Emma Mulrooney pounced to stroke the ball to the net.

The Camogie seniors dusted themselves down a ball played up the right wing was collected by Jody Couch who cut in to the left past two players and struck tue ball over the bar.

A point from Kate Kenny was followed by a converted 65’ from Grainne Egan and Offaly led by three with seven minutes left Int he half. Dublin though finished the half strongly and three unanswered points, two from play from Emma Flanagan and Miamh Gannon and a free from Aisling Maher and sides went into the break level with the score Dublin 0-07, Offaly 1-04.

Adrian O’Sullivan’s Dublin side had their best spell of the game on the resumption. Three points in as many minutes after the restart from Niamh Gannon, Aisling Maher from a free and Jody Couch put Dublin three in front.

A pointed free from Grainne Egan reduced the deficit, but a Dublin attack a minute later was finished to the net brilliantly by Niamh Gannon. Dublin pressurising all over the pitch won the restart, the ball was played down the left to Kerrie Finnegan who hit a sublime point to give the Dubs a six point lead.

That lead was gone though just ten minutes later as Dublin conceded two very poor goals both scored by Grainne Egan. In between both green flags Dublin’s Aisling Maher and Offaly’s Grainne Egan swapped points leaving the sides level with 13 minutes left in the game.

Dublin continued to press and had two opportunities to retake the lead but both efforts went narrowly wide. Offaly took full advantage, a point from Sarah Harding in the 53rd minute was followed by a fourth Offaly goal scored by Grainne Egan to complete her hat-trick.

Again it was poor defending that cost Dublin and they found themselves four down with just five minutes left on the clock.

In fairness to Dublin they never dropped their heads and attacked with gusto, they halved the deficit with points from Gannon and Maher but time ran out for Adrian O’Sullivan’s Camogie seniors and Offaly held on for the win.