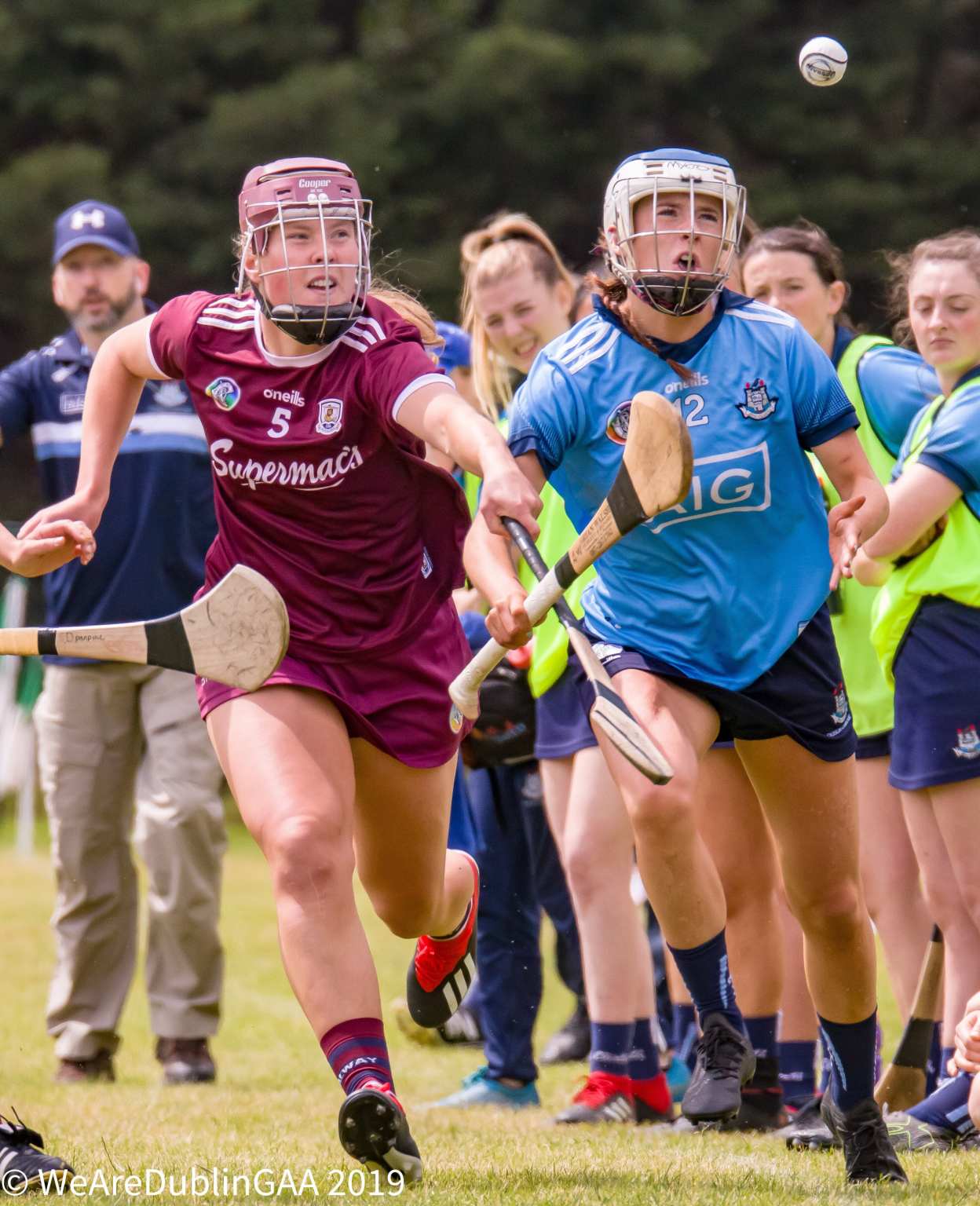 Frank Browne’s Dublin Senior Team were at home in Parnell Park in round 5 of the Liberty Insurance All Ireland Senior Camogie Championship on Saturday last against Clare.

The players will go back to their clubs now and concentrate on the upcoming Dublin Club Championship.

Dave Dunning’s Dublin Intermediate team played at home to Galway in round 5 of the Liberty Insurance All Ireland Championship at Round Towers GAA in Clondalkin.

Despite a good performance from Dublin Galway’s greater experience was a telling factor particularly in the closing stages of the game and the Tribeswomen claimed the win with the full time score Dublin 2-05, Galway 2-17.

The Intermediates last game of the Championship is away to Antrim in two weeks time.

Jonny Jackson’s Dublin U16A team bowed out of the All Ireland Camogie Championship when they were beaten by the smallest margin in O’Regans GAA Wexford on Sunday.

After a highly competitive and entertains game Wexford claimed the win by one point with the full-time game score Wexford 3-07, Dublin 0-15.

It was very unlucky on the team as a draw would have seen Dublin go through on point difference.

Pat Martin’s Dublin Minor’s played away to Kilkenny in the Leinster Championship on Wednesday evening July the 17th at Young Irelands, Gowran, Kilkenny.

Unfortunately it was not Dublin’s day and the game finished Kilkenny 3-13, Dublin 0-09.

The Minors will play in a Shield Final against Offaly at 2pm on August 4t at St Laurence’s in Kildare.

Dublin Camogie will be running a Summer Camp again this year. All of the Coaches are members of the Dublin Senior squad and it promises to be a great Camp.

Details of the camp are as follows:

To register, for the camp please e-mail dcdbsecretary@gmail.com