The Dublin Camogie Minors started off their All Ireland Minor A Championship campaign with an impressive win over Wexford in Parnells GAA Club this afternoon.

A dominant start to the game seen Dublin race into a 1-05 to no score lead inside the opening quarter before Wexford knee what had hit them.

By the half time break the Dublin Camogie Minors led by eight points and Wexford had it all to do in the second half.

Another lightning start to the second half which included the Dubs second goal of the game finished the game as a contest but Wexford gamely battled till the full time whistle but could never get close enough on the scoreboard to put any pressure on Willie Braine’s side.

Dublin opened the scoring in the second minute with a converted free from Cliodhna Nicoletti. That lead was doubled two minutes later with a fine point from Jody Couch.

Two excellent points followed from Nicoletti and Gaby Couch to give Dublin a four point lead with eight minutes on the clock.

A stunning strike on goal in the 13 th minute by Niamh Comerford rattled the back of the net and was quickly followed by another excellent point from Celine Atanico to push Dublin eight in front.

Wexford finally got there first score of the game in the 19th minute, a point from Emma Dempsey. Another followed shortly afterwards from Siobhan Sinnott as Wexford set about the task of reducing the deficit.

But the Dublin Camogie Minors quickly responded with a brace of their own – Meaghan Rock with a classy Point from play and the ever accurate Cliodhna Nicoletti converted another free to restore the Sky Blues eight point advantage.

Six minutes from the break Wexford scores their third point of the game, a converted free from Anais Curran who was Wexford best player on the day.

But Dublin had the last day of the half with another cracking point – this time from the hurl of captain Niamh Gannon to leave eight between the sides as they headed for the dressing rooms with the score 1-08 to 0-03.

Another blistering start to the second period from the Dubs ended the game as a contest.

Two points in the opening two minutes of the second half from Gaby Couch and Niamh Gannon push the lead out to ten points.

Wexford were seeing a little more of the ball and Anais Curran made a penetrating run at the Dublin defence and split the posts for her sides fourth point of the game.

But in the 34th minute a great run and finish to the net from Gaby Couch put the Dublin Camogie Minors out of sight and a pointed free from Cliodhna Nicoletti put thirteen between the teams.

Wexford’s Mollie Crowdle and Dublin’s Nicoletti swapped points and The Model County then had their best spell of the game and scored three points in a row all from Anais Curran, two frees and one from play.

Dublin’s Gaby Couch put a stop to any ideas of a Wexford comeback with a brilliant point.

Another point from Anais Curran was cancelled out by another pinpoint free from Cliodhna Nicoletti with just four minutes of the game remaining.

In fairness to Wexford they battled to the end and grabbed the last two points of the contest scored by Anais Curran from a 45’ and one from play from Katie Smith.

A well deserved victory for the Dublin Camogie Minors who next face an away trip to play Tipperary who beat Cork today in their opening game. 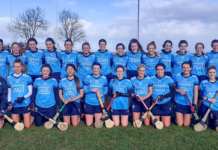 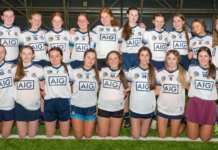 Dublin Under 16 Camogie Panel Named Ahead Of Leinster Championship