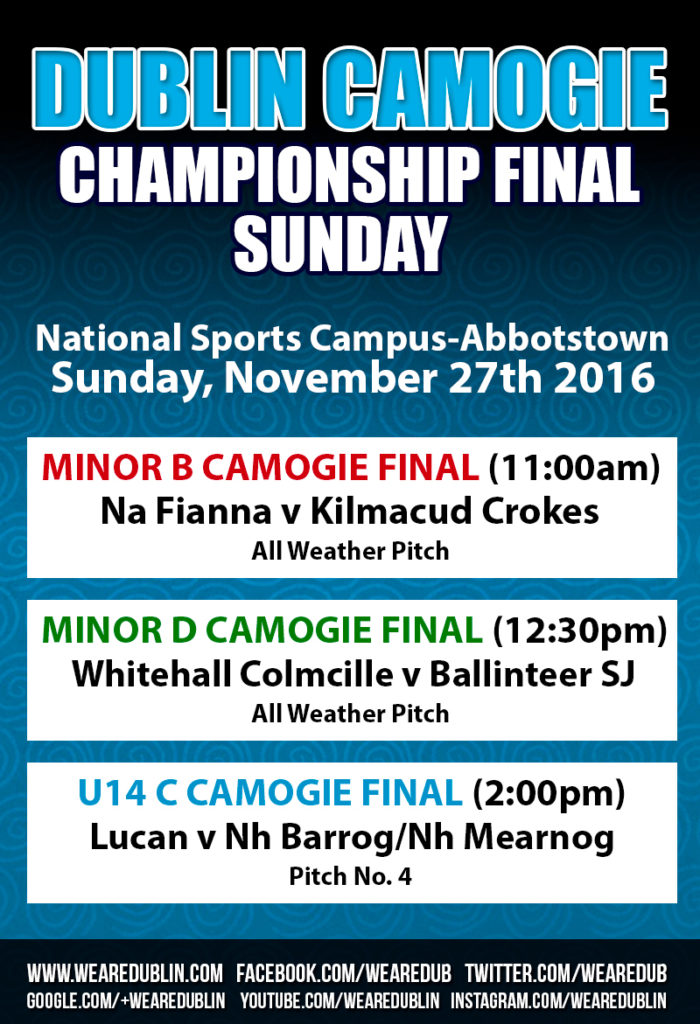 Tomorrow from 11:00am six camogie panels from various parts of the county will come together at the National Sports Campus to decide three County Championship titles.

The first of the three games will decide the Dublin Minor B Camogie Championship. Na Fianna will take on Kilmacud Crokes at 11:00am for the honours.

At 12:30 Whitehall Colmcille and Ballinteer St. Johns will contest the second of the day’s Minor competition, challenging for the top spot in the Minor D Championship.

To end the day’s proceedings, the Under 14C Championship Final will be played with Lucan Sarsfield taking on the combined team of Naomh Barrog and Naomh Mearnog.

Three fantastic games to look forward to in the confines of the beautiful Abbotstown facility.

Why not stop by and take in some of the action.