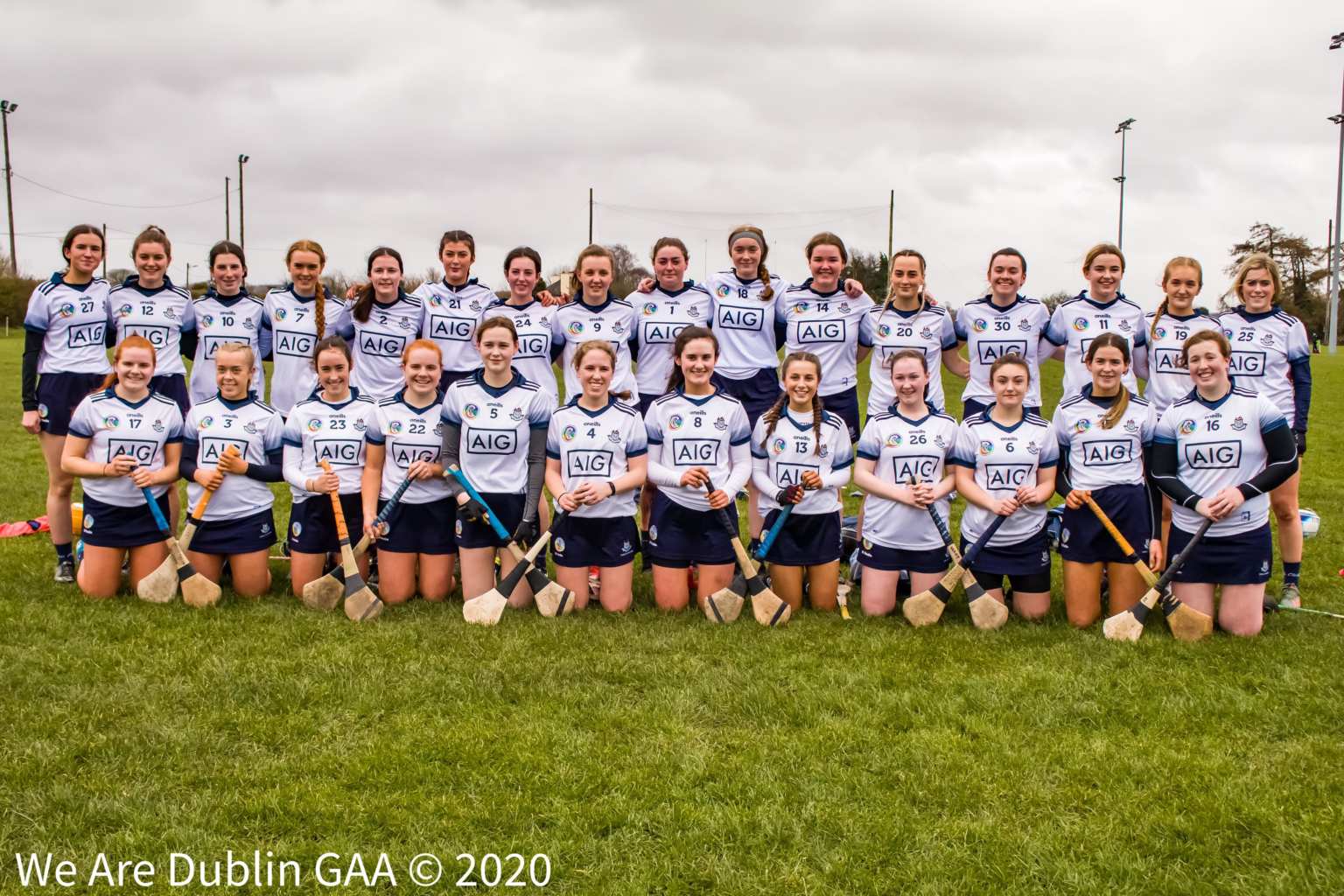 The Dublin Camogie Minor team won their second game In a row in the All Ireland championship against Laois yesterday afternoon in Clonad GAA club.

A dominant second half display turned a two point half time deficit into a five point win in difficult windy conditions a the Laois venue.

The game certainly lived up to that old ‘game of two halves’ cliche as the young Dubs took control of the game after the half time break out scoring their hosts by 1-07 to 1-00.

With the Dublin minors enjoying the bulk of possession they carved out 25 scoring opportunities, Laois on the other hand managed just five throughout the game.

The very strong swirling wind though made taking scores a difficult prospect with inopportune gusts often moving balls off their intended trajectory and wide of the mark with the Dubs notching up 14 wides in the game.

The Dublin minors opened up the scoring in the fourth minute of the game with a converted free from Niamh Comerford.

But just a minute later and Laois scored the first of two fortuitous goals they got in the game with Andrea Scully getting the vital touch.

Dublin responded with two points in as many minutes from a Niamh Comerford free and an excellent effort from Emily Byrne to level things up.

The game turned into a dogged battle for the remaining 20 minutes of the half as both sides battled to take the upper hand.

There were just two further scores before the short whistle both for Laois as Dublin were left to rue sending four efforts wide of the posts.

Andrea Scully knocked over a free with five minutes of normal time left in the half and a point from midfielder Gráinne Delaney a minute into injury time sent Laois into the dressing rooms the happier team leading by two with the score 1-02 to 0-03.

The Dublin Camogie minors needed to up the ante in the second half and came out all guns blazing, but two opening wides undid the god work.

Those misses looked even more costly in the 37th minute when Laois extended their lead to five points as Lucy O’Connor found the net.

But that was as good as it got for the girls from the O’Moore County as they failed to register another score for the rest of the game.

Dublin’s response was emphatic as they dominated the remainder of the game.

The Dubs broke straight back down the other end of the field and after a battle for the ball in the Laois square, Emily Byrne pulled on the loose ball on the ground and buried it to the back of the net and it was game on.

The young Dubs created Chance after chance and rattled off seven unanswered points.

Another second half introduction from the bench Aisling Gannon turned inside her marker to split the posts and in injury time Dublin midfielder Meadhbh Hicks added her name to the score sheet with a well taken point to seal a deserved five point win for the Dublin Camogie minors.

Back to back wins sees Dublin Camogie minor team in a good position with three group games left. Next up for John O’Connell’s side is another away trip to face Waterford next Saturday afternoon.