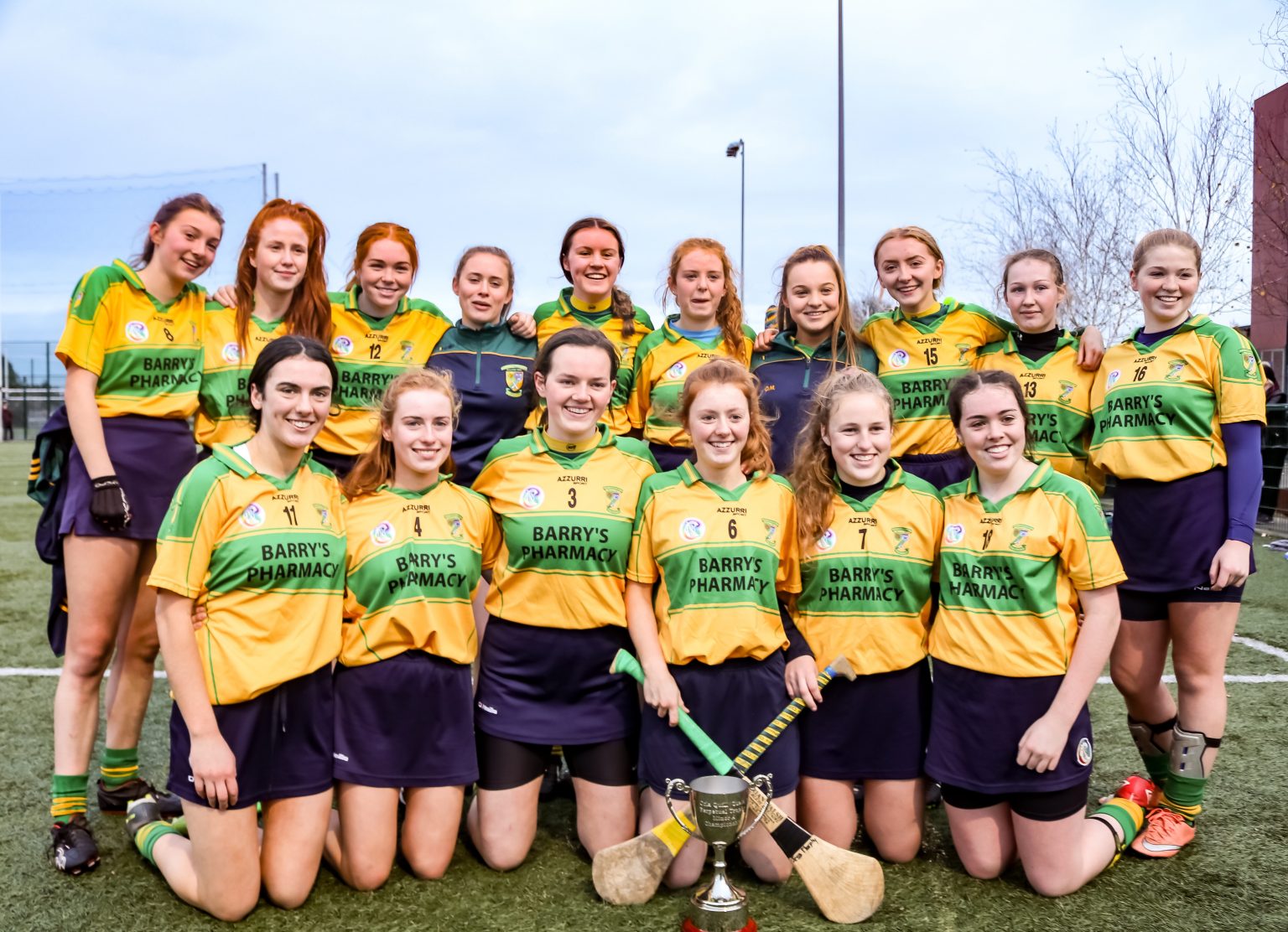 The curtain came down on the Dublin Camogie Minor Championship last Sunday in Parnells GAA Club in Coolock.

It was a bitterly cold day but the crowd in attendance were kept entertained by five thrilling and competitive finals and a feast of top quality Hurling throughout the day.

The action got underway with the Minor C Final between Erins Isle and Naomh Olaf with the Finglas side winning comfortably in the end. 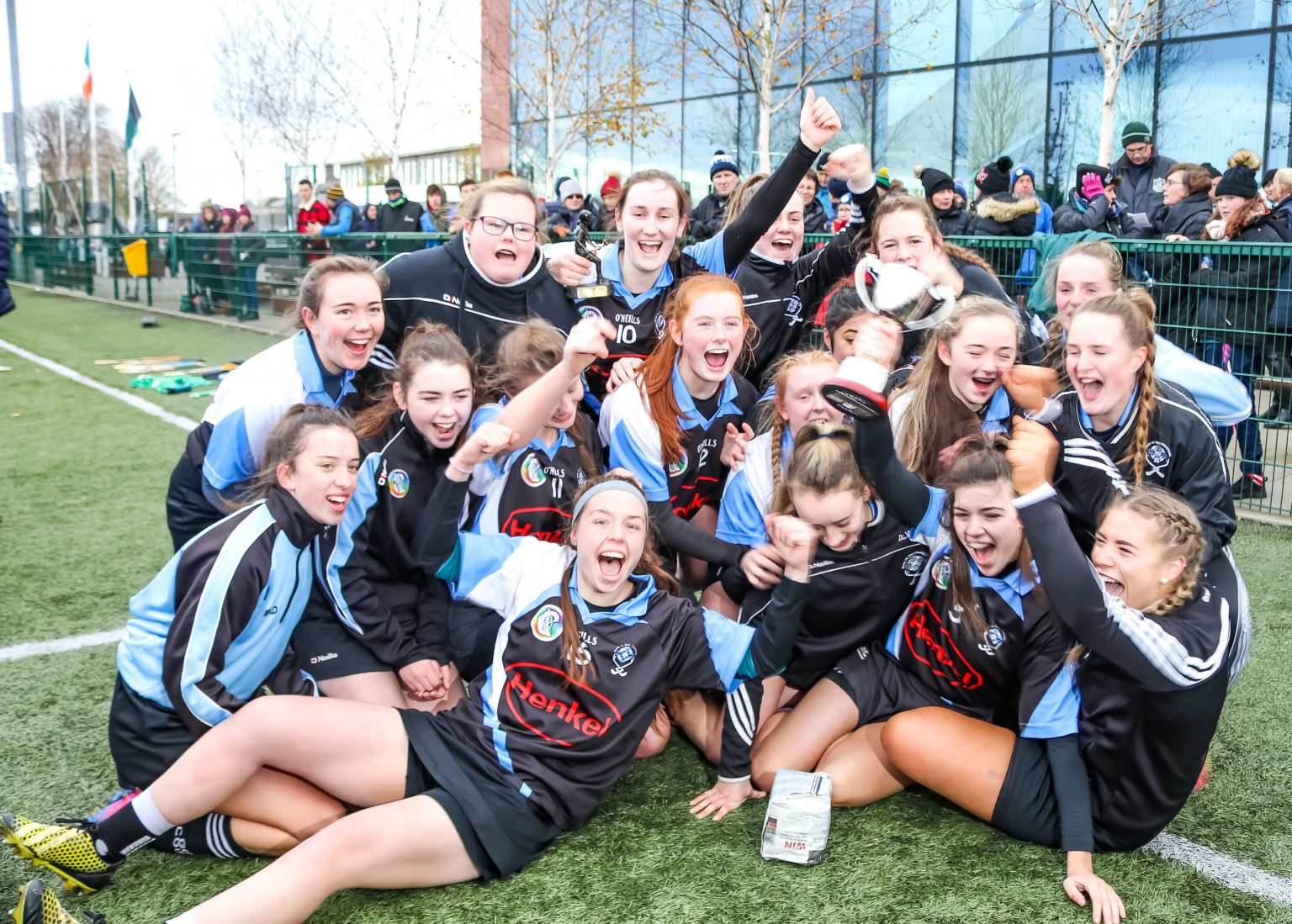 Next up it was the Minor B Final between Good Counsel and Castleknock. The game was tight throughout and a goal from Beth Whyte with ten minutes to go, proved to be the difference between the sides with Good Counsel taking the spoils.

The Minor A Final between Ballyboden St Enda’s and Faughs Celtic was the next game up for decision and it went right down to the wire. Neither side could be separated at the break with the teams tied at 1-04 apiece.

Faughs pulled three points in front with ten minutes to go but back came Ballyboden and as the game headed into injury time just a single point separated the sides. But Faughs Celtic sealed victory just before the full time whistle with a point from Holly Finnegan. 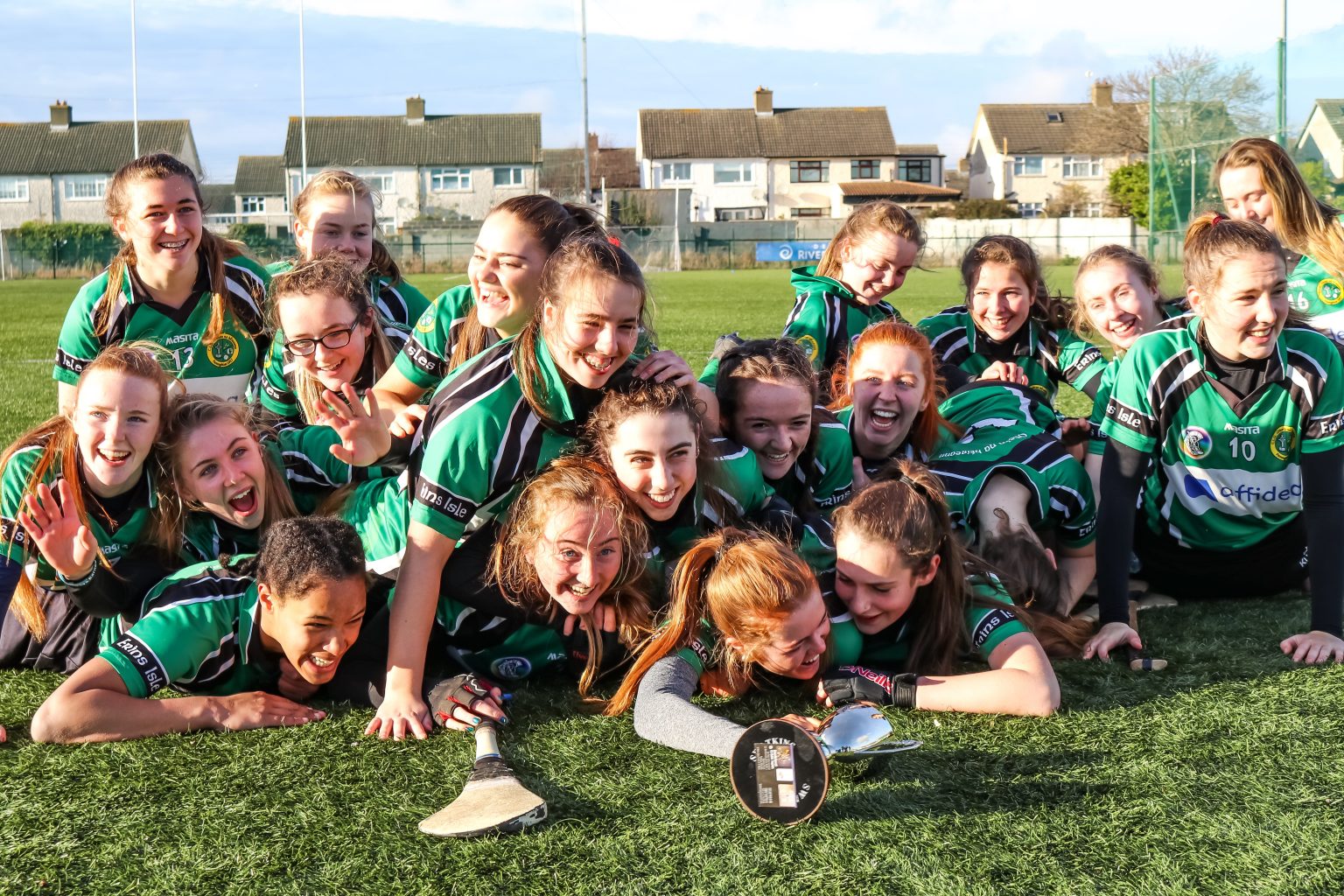 As the light started to fade and floodlights sparked into life it was the turn of the Kilmacud Crokes B and Faughs Celtic B teams to battle it out for the Minor D title.

After a tense first thirty minutes which Kilmacud shaded thanks to a goal from Laura Maguire. Crokes dominated the second half and a second goal of the game for the Stillorgan outfit two minutes after the break from Hannah Reynolds sent them on their way to a ten point victory.

The last game of the day was the Minor E Final between Naomh Mearnóg and Thomas Davis. Unfortunately for both teams they had to face the poorest of the days weather conditions. Not only did they have to contend with a strong howling wind but it was accompanied by driving rain. 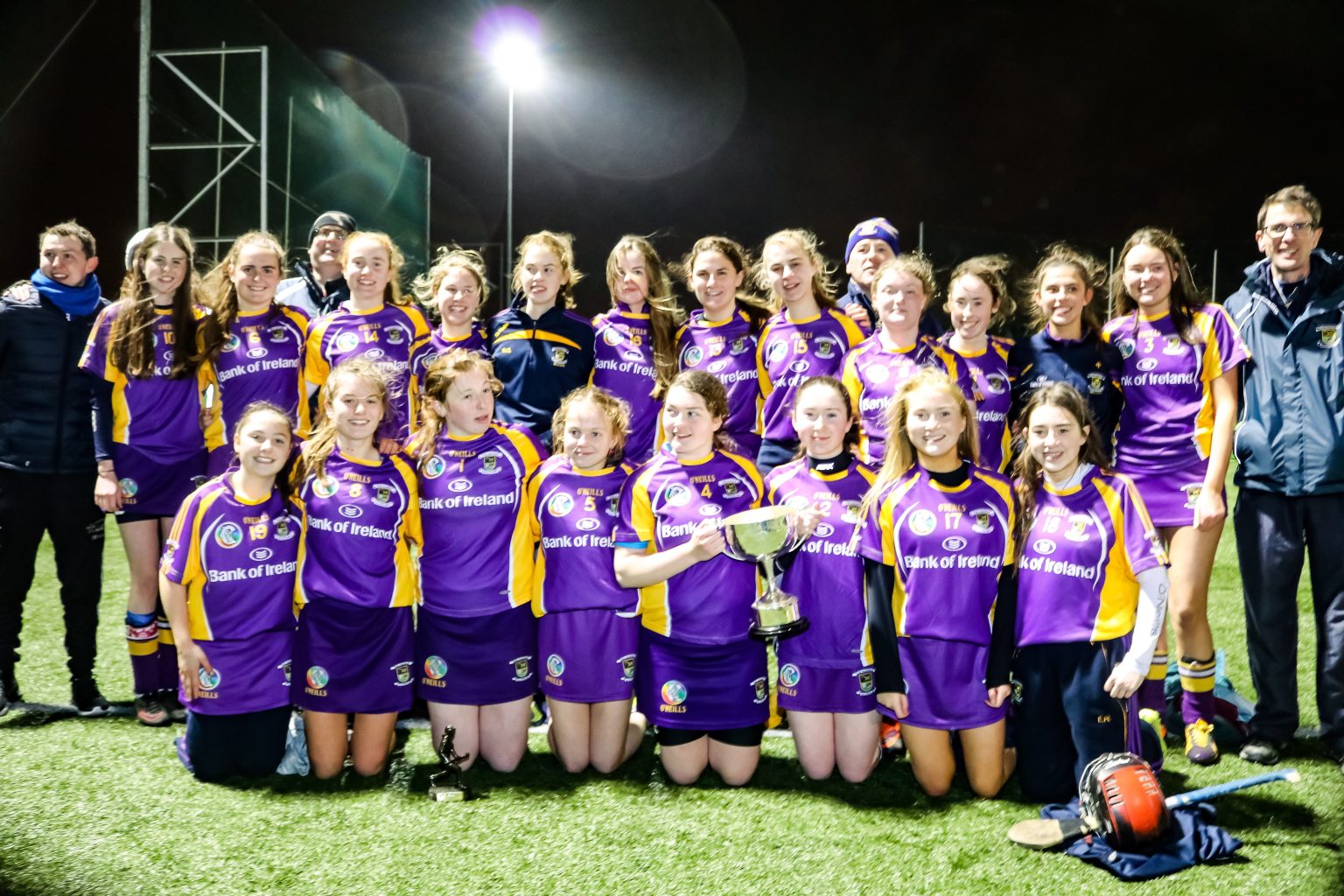 But as far as the days action was concerned it ended up the best game of the day. Thomas Davis got off to a great start and led by three points inside the opening six minutes thanks to a fine goal from Roisin Long.

By the break Davis had stretched their lead to four with Roisin Long grabbing her second goal of the half.

But it was certainly a game of two half’s as Mearnóg’s stormed back into the contest after the break and blitzed Davis with an unanswered 2-06 with the goals coming from Sarah Brennan and Aoife McLoughney.

Thomas Davis battled gamely till the end but they never recovered from the opening second half blitz from Mearnóg and the side from Portmarnock added the icing on the cake in injury time with their third goal of the final scored by Sarah Brennan who finished with 2-02 to her name. 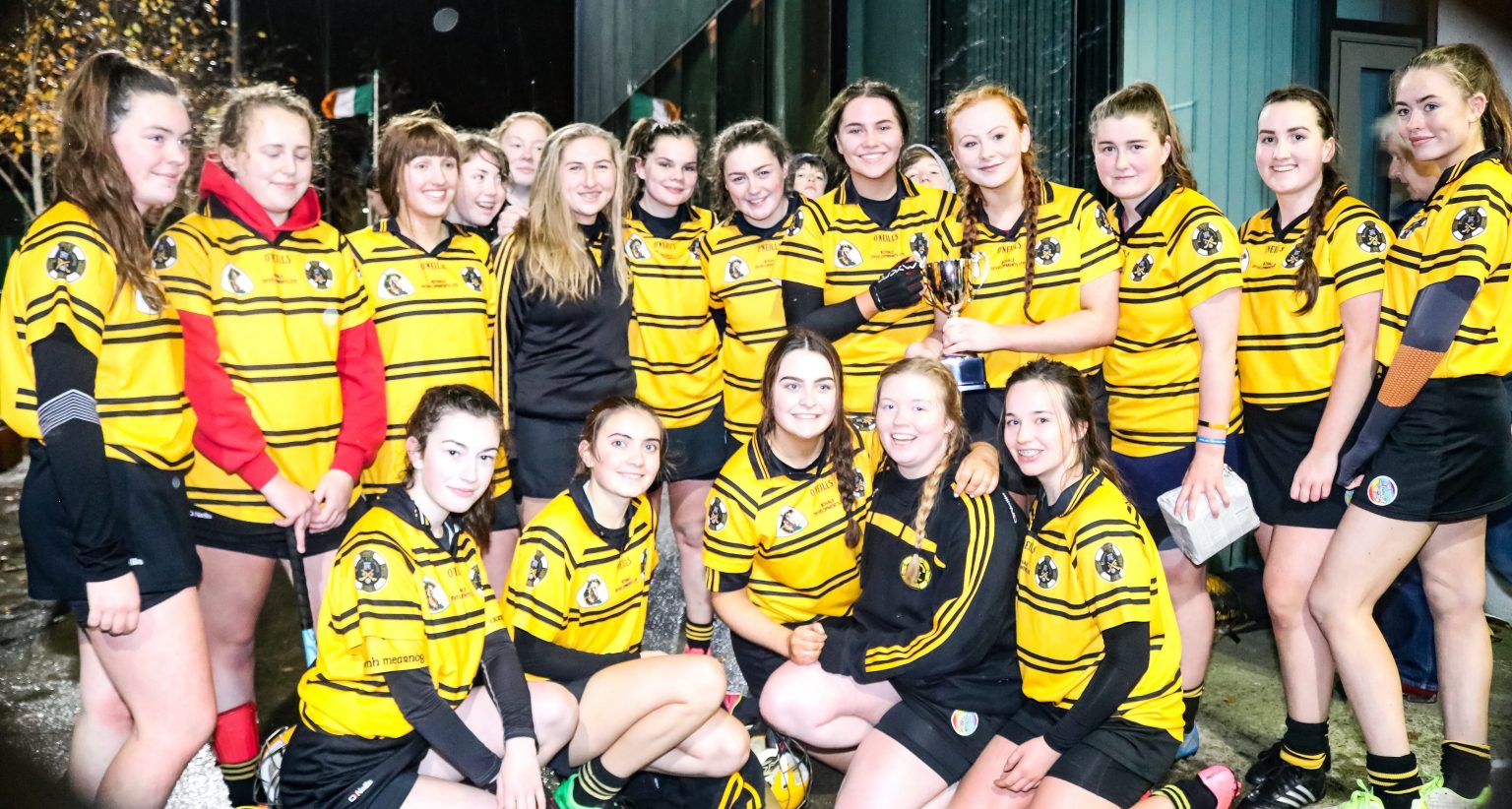