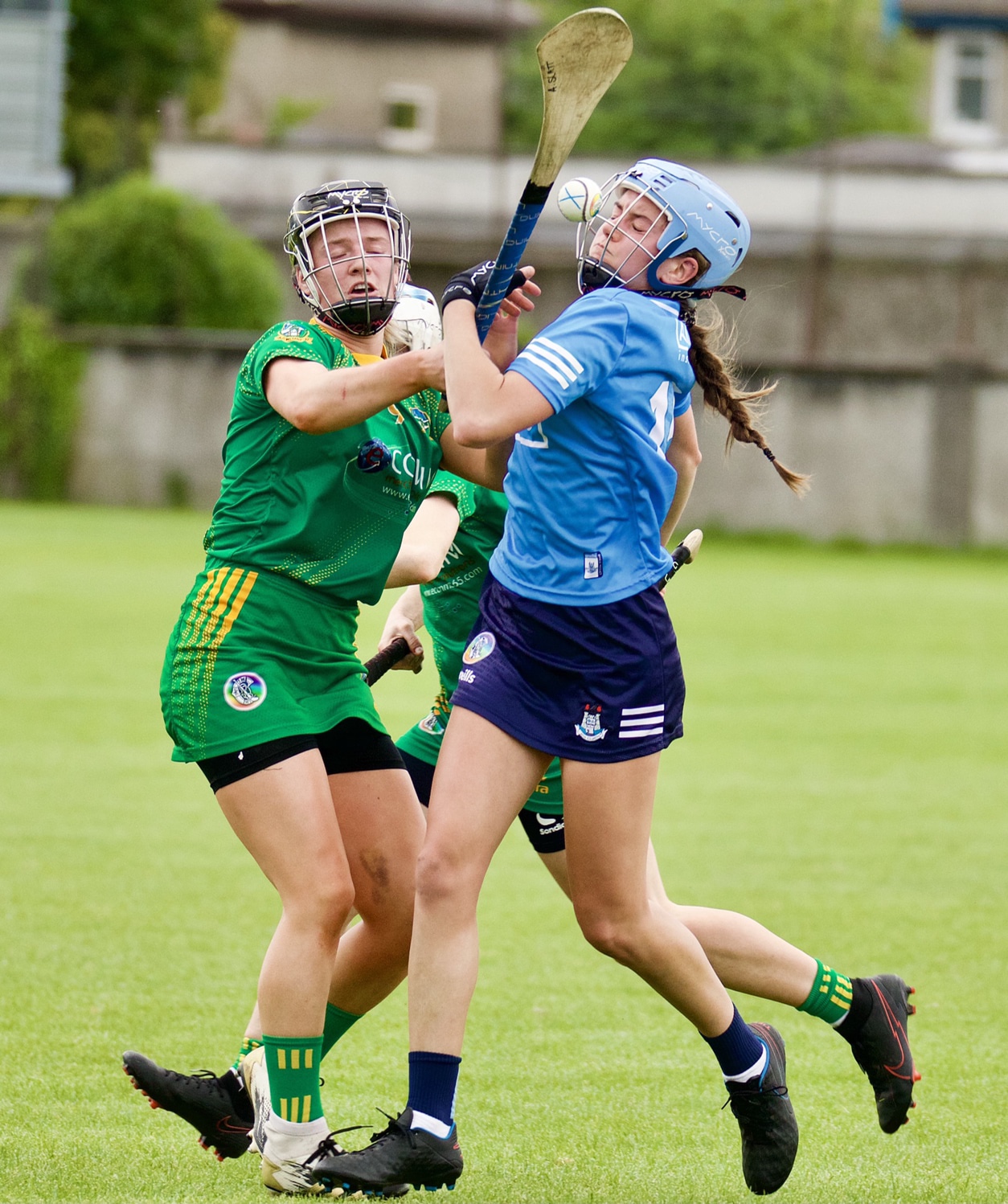 Dublin’s Intermediate Camogie squad find themselves in a four way dog fight to avoid relegation from Division 2 after this afternoon’s defeat to Meath in O’Toole Park.

No one could fault the young Dublin sides application or work rate today in the Crumlin venue against their more experienced opponents but, they manufactured no scores from play and had to rely on Ciara Holland accuracy from placed balls to garner scores.

The Dubs were left to rue a late penalty miss which would have brought the sides level but Holland struck her effort just wide of the left hand upright.

Meath looked sharp throughout with Aoife Minogue, Meave Clince and Sinead Hackett among those who impressed for the Royal County.

Dublin started the game a little nervous and Meath took full advantage racing into a three point lead, Aoife Minogue hit the first score of the game from a free and that was followed by points from Amy Gaffney and Sinead Hackett with just three minutes gone in the game.

Four minutes Meath were awarded a penalty, Amy Gaffney took the responsibility but her well struck shot was brilliantly saved by Dublin goalkeeper Sophie Brennan and the ball was cleared to safety.

The Dubs broke down field and were awarded a free which Ciara Holland split the posts grab her sides first score of the game. Holland repeated the trick four minutes later to put just the bare minimum between the sides.

The lead was pushed out to two in the 12th minute with a point from the impressive Sinead Hacket. Ciara Holland reduced the deficit with another pointed free at the halfway point of the first half.

Meath immediately struck back with a fine point from midfielder Aedin Slattery. The players from both sides though were guilty of giving away needless frees and Dublin’s Ciara Holland and Meath’s Aoife Minogue punished any indiscretions and swung over a pair apiece as the game headed towards the break.

In first half stoppage time Meath extended their lead to three points with midfielder Kristina Troy splitting the posts to leave the score at half-time 0-08 to 0-05.

The second half was a battle with scoring opportunities for both sides at a premium. Four minutes after the restart a converted free from Dublin’s Ciara Holland reduced the lead to two points.

In the 37th minute a Meath effort was deflected for a 65’ and Aoife Minogue continued her accuracy from placed balls and swung the ball over the bar.

Meath corner forward Megan Thynne extended the lead with a point but another successful free attempt from Ciara Holland left three between the teams.

Dublin had opportunities to close the gap but three missed frees in a row let Meath off the hook. Ciara Holland and Aoife Minogue swapped frees to leave the game poised heading into the final five minutes with just three points separating the two sides.

Three minutes from the final whistle Dublin were handed a lifeline in the form of a penalty but Ciara Holland’s effort whistled just past the left upright and Meath added a further point in injury time to claim a four point win and push Dublin in a relegation fight to save their Division 2 status for next season.