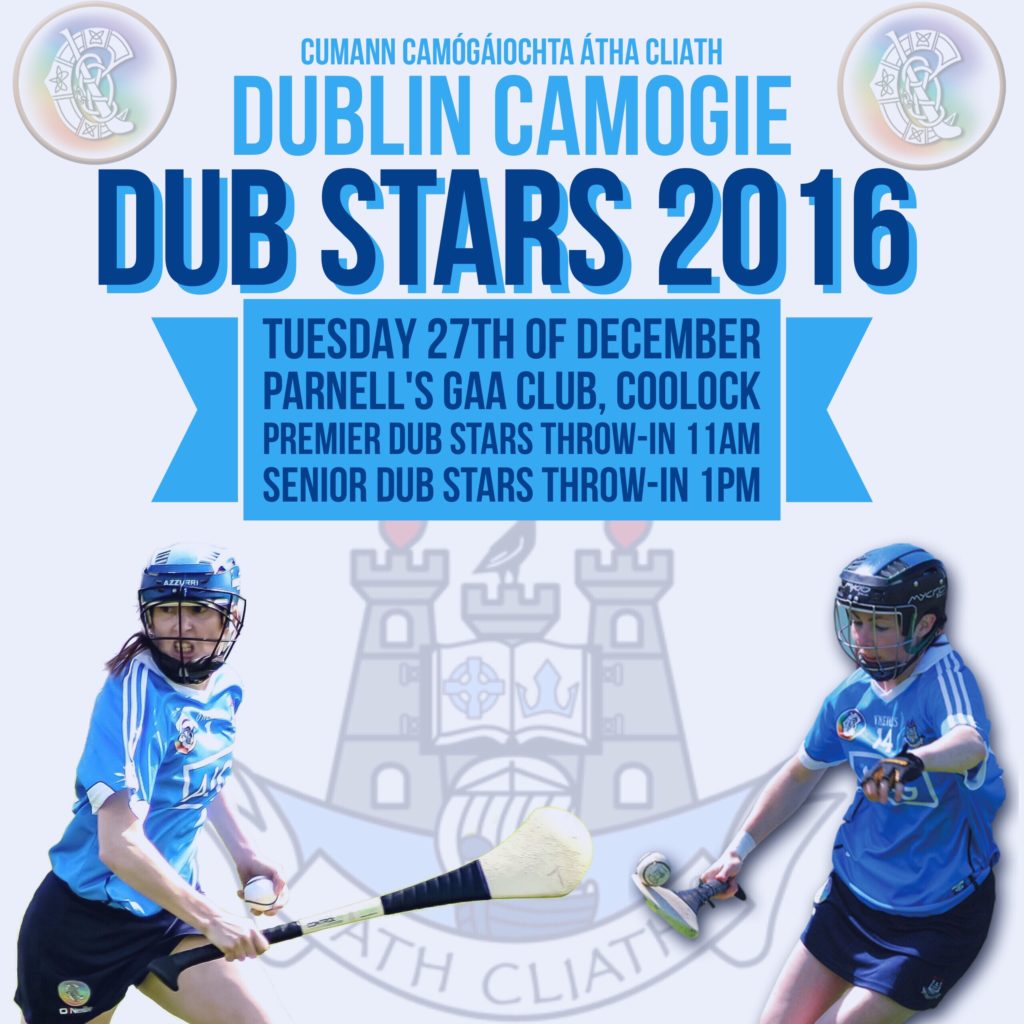 A date for the diary is Tuesday the 27th of December for the Annual Dublin Camogie 2016 Dub Stars games which are being held in Parnells GAA Club in Coolock.

In a break from tradition as well as the Senior Dub Stars game their will also be a Premier Dub Stars game. This allows the County Board to honour 40 players this year who have played at a consistently high level for their clubs in 2016.

The Dublin Camogie County Board have set up a committee who will have the difficult task of selecting the 40 players who will be honored this year and both teams will be announced next week.

The Premier Dubs Star game will throw-in at 11am and that will be followed by the Senior Dub Stars game at 1pm.

Along with the games Parnells GAA Club have top class food and drink facilities so you can make a real day of it on the 27th, it’s a day not to be missed.