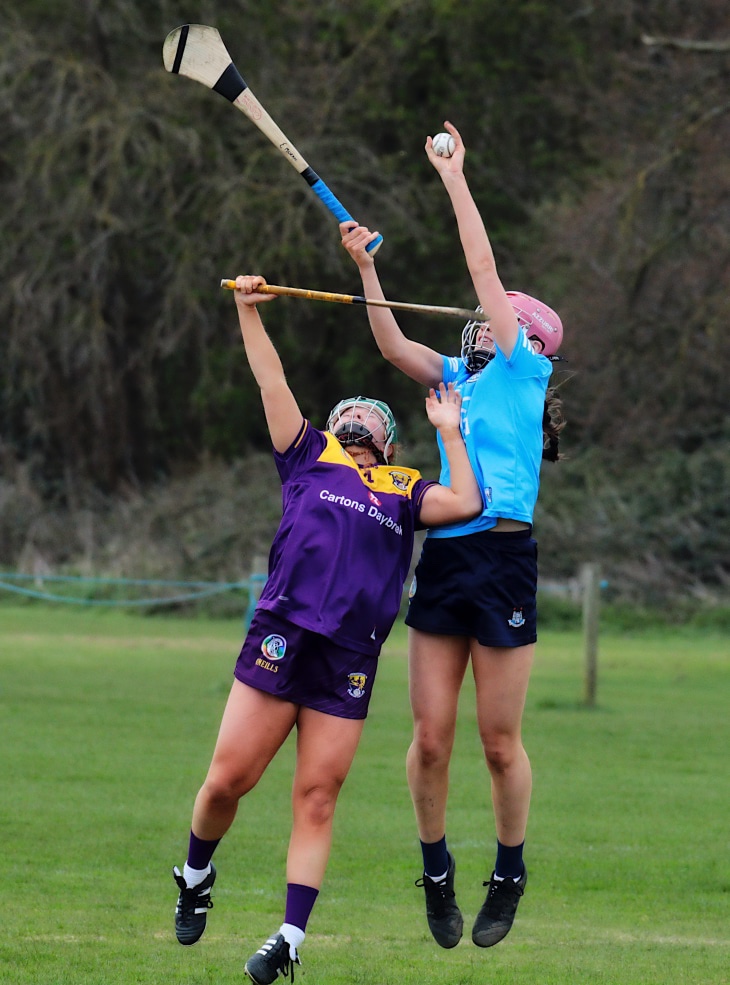 A battling two point win in difficult windy conditions today in the Trinity Sports Grounds in Santry secured Dublin a place in the Leinster U16A final.

Between the wind and at times over zealous refereeing the game lacked any flow, but that tested both teams battling qualities and neither shirked the battle.

By the break Dublin had built up a four point lead thanks in no small part to the accurate free taking of Alison Garvey and Emma Moran.

That lead proved crucial as Dublin faced into the strong wind in the second half and although they added just three further points after the break, that four point cushion allowed the young Dubs to keep Wexford at arms length and secure the win.

Wexford opened the scoring in the fifth minute with a converted 45’ from Shauna MacSweeney. The sides were level three minutes later as Alison Garvey converted the first of five successful free attempts she hit in the game.

A fine point from play from Ciara Kavanagh put Wexford back in front, but three converted frees in a row, two from Garvey and the other from Emma Moran gave Dublin a two point advantage.

Kate Hayden reduced the deficit with a good point from play but Dublin broke straight back down field and Ellen Leddy Doyle hit a super point and further points from frees scored by Garvey and Moran sent Dublin into the break four up with the score 0-07 to 0-03.

Dublin started the second half brightly but two missed opportunities in the opening two minutes stopped them extending their lead.

The sides then swapped a brace of points each, Anna Hughes and Shauna MacSweeney hit a point each from play for Wexford and sandwiched in between those scores were points from Aimee Timothy from play and an Alison Garvey point from a free.

Two successful dead ball strikes from Wexford’s Shauna MacSweeney cut the deficit down to two points with seven minutes left in the game.

In the final minute a fine point from a tight angle on the right from Dublin’s Ellen Leddy Doyle extended the lead back to three points with just injury time left to play.

Wexford needed a goal to draw level but had to settle for a point from Ciara Kavanagh just seconds before the final whistle and Dublin deservedly won by two points and secured a place in the Leinster U16A final on the first of May.