Dublin led by four in the early minutes of the second half, but Cork took full control thereafter and hit an unanswered 1-08 to claim the win 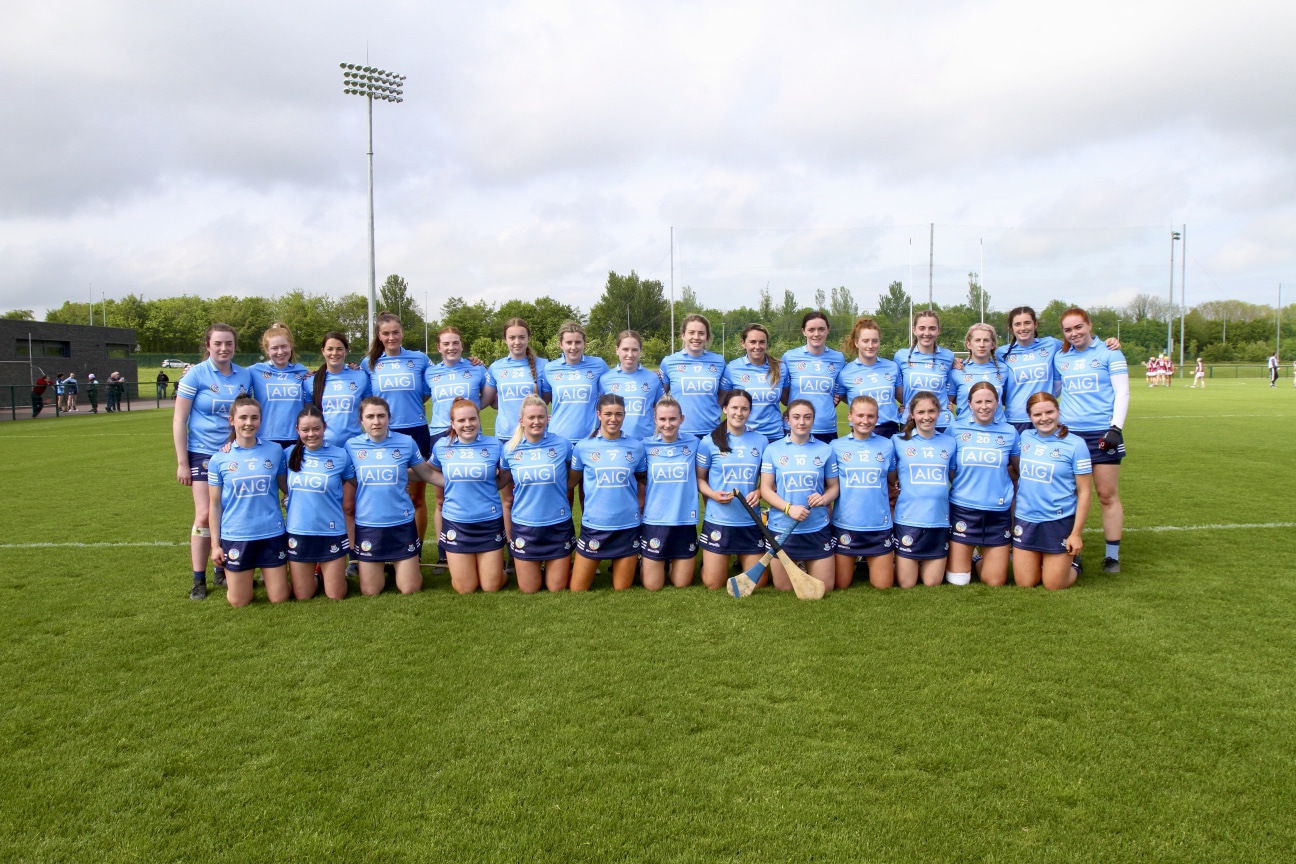 It was a case of so near, yet so far for the Dublin Senior Camog’s this evening against Cork in the Glen Dimplex All Ireland championship.

Cork started the game brightly and raced into a five point lead in the first quarter of the game thanks in no small measure to Katrina Mackey’s goal.

But Dublin responded dominating the second quarter and reeled off seven points in a row to head into the break with a two point lead.

Dublin doubled their lead in the early minutes of the second half and looked to be heading for a famous victory. But Cork upped the anti thereafter as they upped their pace and movement of the ball pushing Dublin into the back foot.

A second goal from Mackey and eight unanswered points turned a four point deficit into a seven point lead to give Cork their third win in the group.

The game started at a frantic pace with both sides getting stuck in from the off in what was a physical encounter.

A converted free from Cork’s Amy O’Connor opened the scoring in the fifth minute. Cork doubled their lead five minutes later with a fine point from play. Cork threatened to run away with the game when Katrina Mackey finished to the net in the sixteenth minute to push the lead out to five.

Dublin had been forced to make an early substitution when Niamh Gannon got injured, but her replacement Kerrie Finnegan settled Dublin with a superb point from the right wing.

That point kickstarted the Dublin comeback as they reeled off six points in a row, four from Aisling Maher, three from frees and one from play and two from play from Aisling O’Neill to take a two point lead with them into the dressing rooms at half-time with the score 0-07 to 1-02.

Things got even better for Dublin just after the break with points from Kerrie Finnegan and Ali Twomey doubling the lead and the prospect of a famous win looked very much on the cards.

But there was then a noticeable change in Cork’s approach as the raised the tempo of their game. An Amy O’Connor free was quickly followed by points from Kate Wall and Chloe Sigerson and suddenly there was just a point between the teams.

Cork were now in the ascendency and points from Katrina Mackey and an Amy O’Connor free gave them the a one point lead with a quarter of the game still to play.

Dublin then lost the ball far too easily in their own half and were punished emphatically with Mackey grabbing her second goal of the contest.

Adrian O’Sullivan’s side when then dealt a further blow when Muireann Kelleher was sent off late in the game receiving a second yellow and subsequent red.

Amy O’Connor and Saoirse McCarthy tagged on two more points to end the scoring as Cork maintained their unbeaten record in the group.

Next up for Dublin is an away trip to face Clare who were beaten this evening by Wexford 1-09 to 0-11.