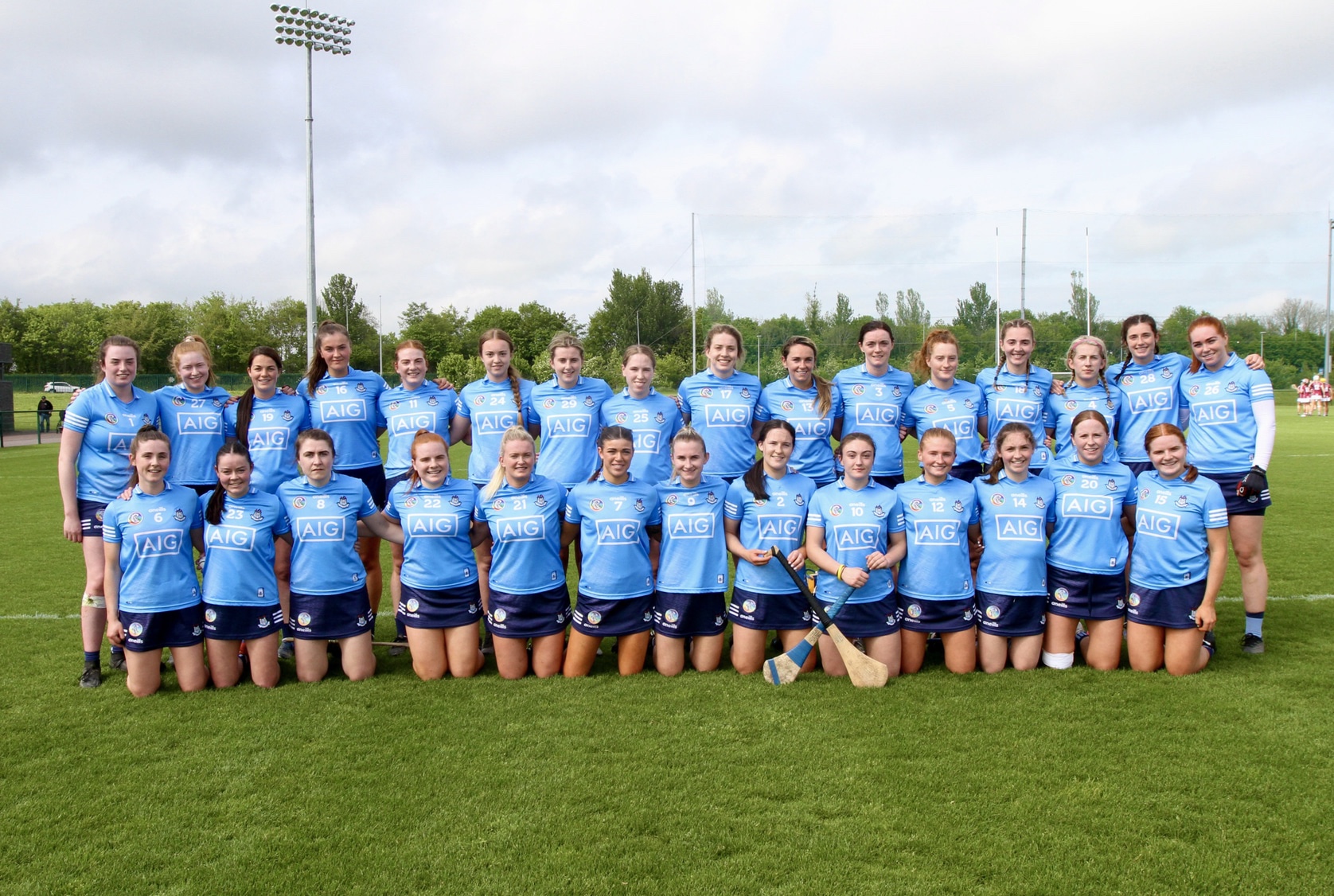 A dominant second half from Dublin full of intensity, incredible work rate and four goals secured victory over Wexford and a place in the senior All Ireland Camogie quarter final.

Dublin got off to a slow start in the scoring stakes and found themselves 2-01 to no score down after nine minutes and there may have been some Dublin supporters thinking that it was going to be one of those days.

But once Adrian O’Sullivan’s side clicked into gear they quickly began to eat into the Wexford lead out-scoring their hosts by six points to two for the remainder of the first half to go in at the break just three adrift.

With an All Ireland Camogie quarter final place at stake O’Sullivan bravely went for broke at the start of the second half with a change to his sides formation, pushing a player up on the Wexford sweeper and it worked a treat.

Dublin got a slice of well deserved luck in the opening minute of the second half to score their first goal of the game which brought the sides level.

That score set the tone for the second half and Dublin drove for home adding three further goals in a impressive team display to claim a well deserved win and a coveted All Ireland quarter final spot.

Wexford won the throw-in at the start of the game and with less than a minute on the clock Jackie Quigley buried the ball to the back of the net for a dream start for the hosts.

A pointed free from Anais Curran was followed by a second Wexford goal expertly finished to the net by full forward Joanne Dillon and Dublin found themselves seven points behind with barely ten minutes gone in the game.

Aisling Maher finally got the Dubs off the mark in the twelfth minute from a free. Wexford responded with a point from Amy Cardiff but Dublin began to dominate the exchanges and hit five unanswered points, two from Aisling Maher from frees and three from open play, two from Niamh Gannon and the other from corner forward Issy Davis to leave just two points between the teams.

Just as the game entered first half injury time Wexford were awarded a free which was dispatched by Anais Curran to leave the score at the break 2-03 to 0-06.

Dublin manager Adrian O’Sullivan pushed Emma Flanagan up onto the Wexford sweeper at the start of the second half as Dublin went for broke for the win and it proved to be a master stroke.

Seconds into the restart Dublin were awarded a free around the middle of the park to the left of the goal. Aisling Maher’s free attempt looked to be dropping short of the crossbar but it dipped over a Wexford defender and the goalkeepers head into the back of the net and the sides were level.

The ever dangerous Aisling O’Neill swung over a fine point in the 33rd minute to give Dublin the lead for the first time in game.

An Anais Curran converted free brought the sides level again, but Dublin regained the lead with yet another Maher pointed free.

Then the formation change that O’Sullivan made at the start of the half paid dividends, Wexford tried to play a short puck-out, but Emma Flanagan immediately put pressure on the Wexford back who lost the ball and nicked the ball in between the back and the goalkeeper, scooped the ball of the ground and flicked it into an empty net and Dublin led by four.

Aisling Maher added another point from a free to extend the lead, Wexford responded with two converted frees from Anais Curran and a long range effort from midfielder Sarah O’Connor.

Maher and Ciara O’Connor swapped frees as the game entered the final quarter. Dublin’s two young forwards Issy Davis and Aisling O’Neill were causing the Wexford backs plenty of headaches with their constant movement and tenacity to win ball.

O’Neill hit two excellent points from play in as many minutes to stretch the Dublin lead. With nine minutes left on the clock Wexford’s Ciara O’Connor hit a fine point, but the game was wrapped up with two brilliant goals from the impressive Issy Davis.

Maher tagged on another point from a free, Ciara O’Connor hit two late frees for Wexford but it was Dublin who grabbed the final score of the game an excellent point from play from substitute Ali Twomey to round off a well deserved ten point win.

Dublin will now focus their attention to a Senior All Ireland quarter final against Kilkenny in Semple Stadium in two weeks time.