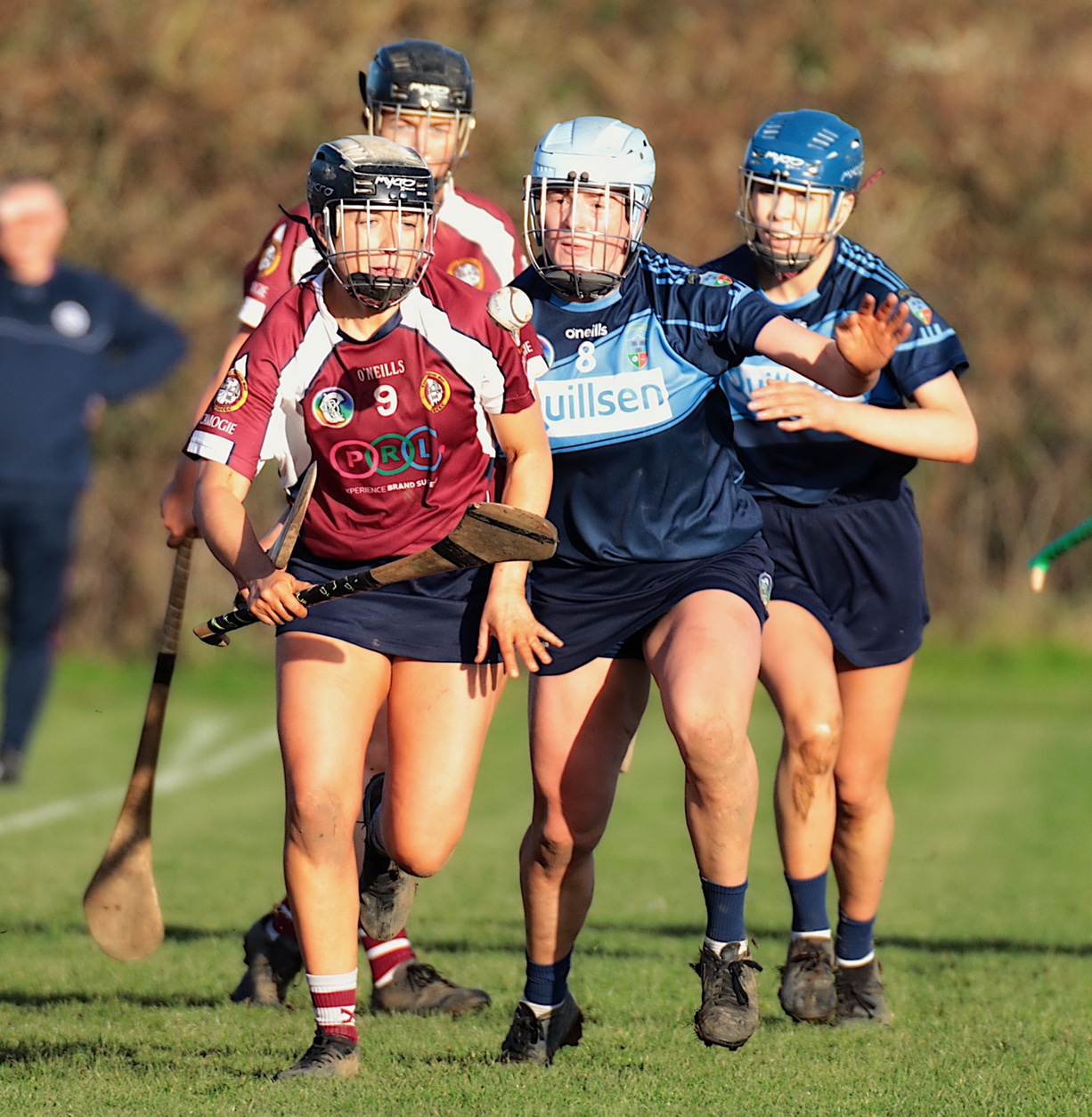 Dublin Senior champions St Judes were knocked out of the Leinster Camogie club championship this afternoon by Kilkenny champions Dicksboro.

Three converted 45’s late in the game propelled Dicksboro over the finishing line after a keenly contested semi final game that could of gone either way at the finish.

With little to choose between the sides over the sixty plus minutes scores were at a premium throughout leaving the result in the balance right to the final whistle.

Both sides endured long scoreless spells in the game, St Judes went over twenty first half minutes before registering their first score of the game while Dicksboro were held scoreless for twenty six second half minutes.

Dicksboro enjoyed the better of the first half building up a five point to no score lead in the opening twenty one minutes with Judes struggling to get the ball to stick up front and create scoring opportunities.

Caoimhe Dowling opened the Kilkenny champions account with a fine point in the second minute. Two converted Amy Clifford frees pushed the lead out to three just before the first half waterbreak.

That lead was pushed out to five by the 21st minute with points from Lucinda Gahan and midfielder Ciara Phelan.

St Judes needed a response before the game ran away from them and got it in the shape of an excellent long range point from Leah Butler.

With seven minutes to the break Dicksboro once again led by five courtesy of a pinpoint free from Aoife Prendergast.

But Judes finished the half on the front foot and a Sinead Nolan converted free and a well struck point from play from Niamh Gannon left three between the sides at the short whistle with the score 0-06 to 0-03.

The Templeogue side needed a positive start to the second half but it was Dicksboro who extended their lead in the opening minute with a well taken point from half-time substitute Orla Hannick.

Judes though dominated the play till the second half waterbreak reeling off five unanswered points to take the lead for the first time in the game.

Two quick points from Aisling Gannon and Sinead Nolan halved the Dicksboro lead to two points. A Sinead Nolan free in the 39th minute left the bare minimum between the sides.

Four minutes later St Judes goalkeeper Faye McCarthy strode out from her goal to take a free inside her own half and struck a long range beauty over the bar to level the game.

Seconds later Judes took the lead from a converted Sinead Nolan free and the side from Tymon North looked to be in the ascendency. They had the chance to extend their lead a minute later by Aisling Gannon’s effort just whistled past the wrong side of the post.

With the game poised delicately in the balance neither side could conjure up a score for the next eleven minutes. But the scoring drought was ended in the 57th minute with a converted 45’ from Amy Clifford to level the game.

That score gave Dicksboro a lift and they dominated possession for the next five minutes. St Judes defended heroically but the Dicksboro pressure yielded two 45’ which Amy Clifford converted to give the Kilkenny side a two point advantage with the game deep into stoppage time.

St Judes broke forward in one last effort to snatch victory but despite their best efforts couldn’t muster the goal they needed to claim the win and Dicksboro held on to advance to the final.