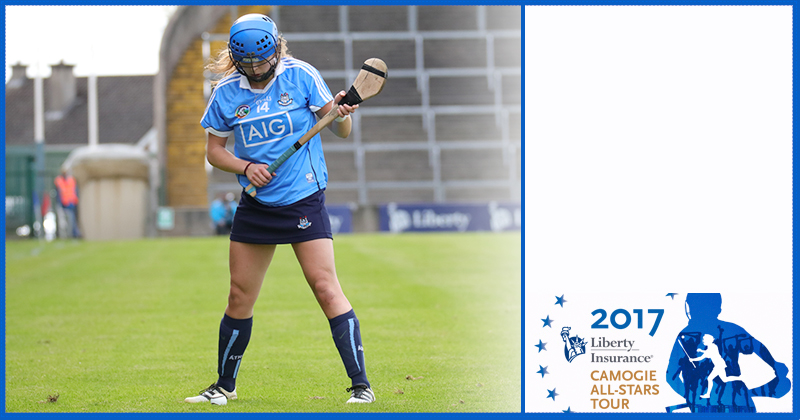 Next week the Camogie Association will start another chapter in their history books as recipients of All-Stars Awards from 2016 and 2017 as well as several nominees will take off for Madrid for the Inaugural Liberty Insurance All Stars Tour.

The teams will include stars from 8 counties including Dublin’s Aisling Maher, Cork’s Aoife Murray and Galway’s Rebecca Hennelly who were all in attendance at yesterday’s tour launch in Croke Park.

Cork’s Paudie Murray and Kilkenny’s Ann Downey will manage the sides. Murray picked up the 2017 Manager of the Year Award having guided the Rebels to a record 27th All-Ireland title this September. Kilkenny legend Downey was Manager of the Year in 2016 having ended the Cats’ 22 year wait to lift the O’Duffy Cup.

Dublin’s 2017 All Star recipient Aisling Maher, is delighted that the tour is happening, and the players are being rewarded for their efforts.

“It’s definitely a really positive step,” she told the42.ie, “a massive step for Camogie in the right direction to see players getting rewarded for the effort they’ve put in all year and to see Camogie as a sport being promoted outside of Ireland. It’s great.”

“Apart from the fact that players are going over and playing in another country, it also promotes it within the country as well. You get younger players and they see that we’re going off on this trip and it promotes the interest internally as well as externally from that point of view.”

“It sets it as more of a goal for younger players, it’s more of a big deal and something they want to strive to.”

“It’s something that we’ve been lacking in Camogie that the other codes have had over the last few years.”

Apart from the challenge game being the centre piece for the visit, the Tour will also engage with the local Irish community in Madrid with a reception at the Irish Embassy and the Tour will also be hosted by Madrid Harps GAA Club. Camogie in Europe is on the rise and this Tour will showcase the incredible skills of the game to Madrilenians!