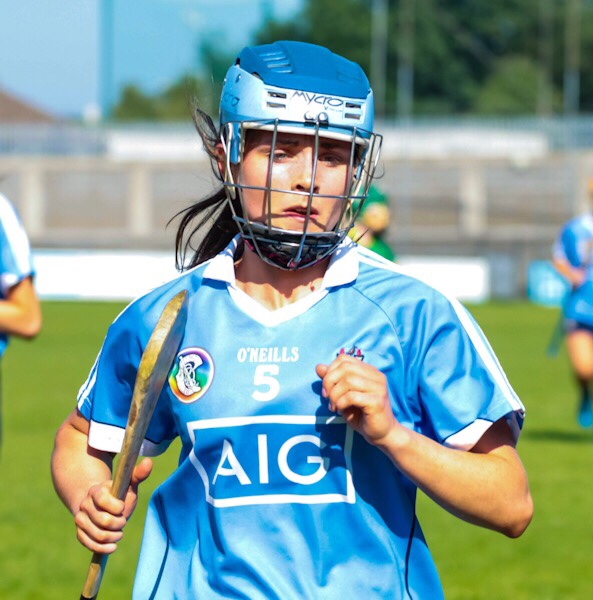 MALLOW GAA Complex is the venue for the 104th Ashbourne Cup Festival, the culmination of an intense programme of games that has left us with the cream of the third level crop vying for the Ashbourne, Purcell, Fr Meachair and Ó Maolagáin Cups.

The Semi-Finals will take place on Saturday, along with the Ó Maolagáin Championship Final involving IT Sligo and MIC Thurles. The other three deciders will be held on Sunday, each of which will be streamed live on Third Level Camogie’s Facebook page.

The Fr Meachair Final will kick off proceedings at 12pm, followed by the Purcell decider at 2pm and the Ashbourne Final at 4pm.

University of Limerick are pursuing a fourth Ashbourne Cup in succession and they will play DCU in their Semi-Final. UCC have been beaten in the last two deciders and they will take on WIT in the other last-four clash.

Here are just some of the big names in Camogie that will be taking part:

Hannah Hegarty was one of the stars of Dublin’s memorable run to the last four of the All-Ireland Senior Championship, earning an All-Stars nomination for her swashbuckling performances at right-half back.

Few who were there will forget the St Jude’s defender’s mammoth point as the Dubs upped the tempo in their famous Quarter-Final win over Wexford that year and despite her youth, the former dual Minor has developed into a leader for club, county and college.

A prodigious talent who broke into the reigning All-Ireland champions’ forward division in 2017, Danielle Morrissey was remarkably still a fifth year secondary school student when scoring as Kilkenny defeated Cork in the Littlewoods Ireland Camogie Leagues Division 1 Final at the Gaelic Grounds that April.

Morrissey managed to keep no less a talent than the Cats’ All-Ireland-winning captain, Michelle Quilty out of the team right the way through to Croke Park that September, taking on the free-taking duties on occasion despite the presence of reigning player of the year Denise Gaule – who also happens to be a WIT teammate.

She garnered another League memento last year as her scoring power has propelled Conahy to Senior status at club level and she has already been showing well in the Black and Amber in this year’s League. As a first-year student at WIT, she has had an immediate impact while Tommy Shefflin’s charges bagged the CCAO Division 1 League and look to return to the pinnacle of third level Camogie.

One of the stars of Cork’s run to Liberty Insurance All-Ireland glory last September, it came as no surprise that Chloe Sigerson earned a nomination as 2018 Player of the Year and an All-Stars Award, to go with her 2016 Intermediate Soaring Star Award.

The stylish defender is a natural half-back in the very best Cork traditions, hurling freely with a keen eye for a score. Indeed such is her accuracy and prodigious length that the Killeagh clubwoman takes frees that might stretch the range of probably the country’s premier placed-ball striker, Orla Cotter. She was responsible for three points as the Rebels edged last year’s All-Ireland Final by one.

Cork have not been shipping big tallies in the last two years since Sigerson graduated to the Senior ranks, so she clearly has a keen grasp of her primary responsibilities as well, and along with Rebel teammates Hannah Looney, Libby Coppinger and Niamh McCarthy, will be anxious to get the skull and crossbones over the line at last, having been beaten by UL in the last two Finals.

Fourteen years on from making her debut for Tipperary in the National League and being part of the squad that represented the county in an All-Ireland Senior Final for the last time later that year, Mary Ryan is continuing to astound with her consistent excellence. A brilliant reader, fielder and distributor, the former skipper was a driving force as the Premier County reached last year’s All-Ireland Semi-Finals.

Her return to third level fare has seen her bulwark UL’s defence for the last two of UL’s three Ashbournes in-a-row. A stylist with substance, Ryan’s reputation is such that she was invited to partake in trials for the professional Aussie rules football league (AFLW) Down Under. The Moneygall legend will strive to keep things tight at the back and ensure the supply is right for a stellar forward unit that includes Tipp colleague Sarah Fryday, Galway attacker Niamh Hannify and Waterford All-Star Beth Carton.

A two-time All-Star, Aoife Donohue has consistently been one of the top forwards in the land for the last three years. Judging by her efforts in the National League this year, there is no drop off in performance, which is a tremendous testament to her appetite and durability, as well as undoubted class.

Donohue has also inspired Mullagh to glory in the Galway Senior Championship and was captain as NUIG annexed the Purcell Cup for the first time in their history last year, defeating Limerick IT in the Final. It is no surprise that the pacy all-rounder and brilliant finisher retains the armband, not least because despite her all-round skills, she is a ferociously hard worker, offering the perfect example to her teammates.

Some Other County Players Parading Their Talents During Ashbourne Cup Weekend: