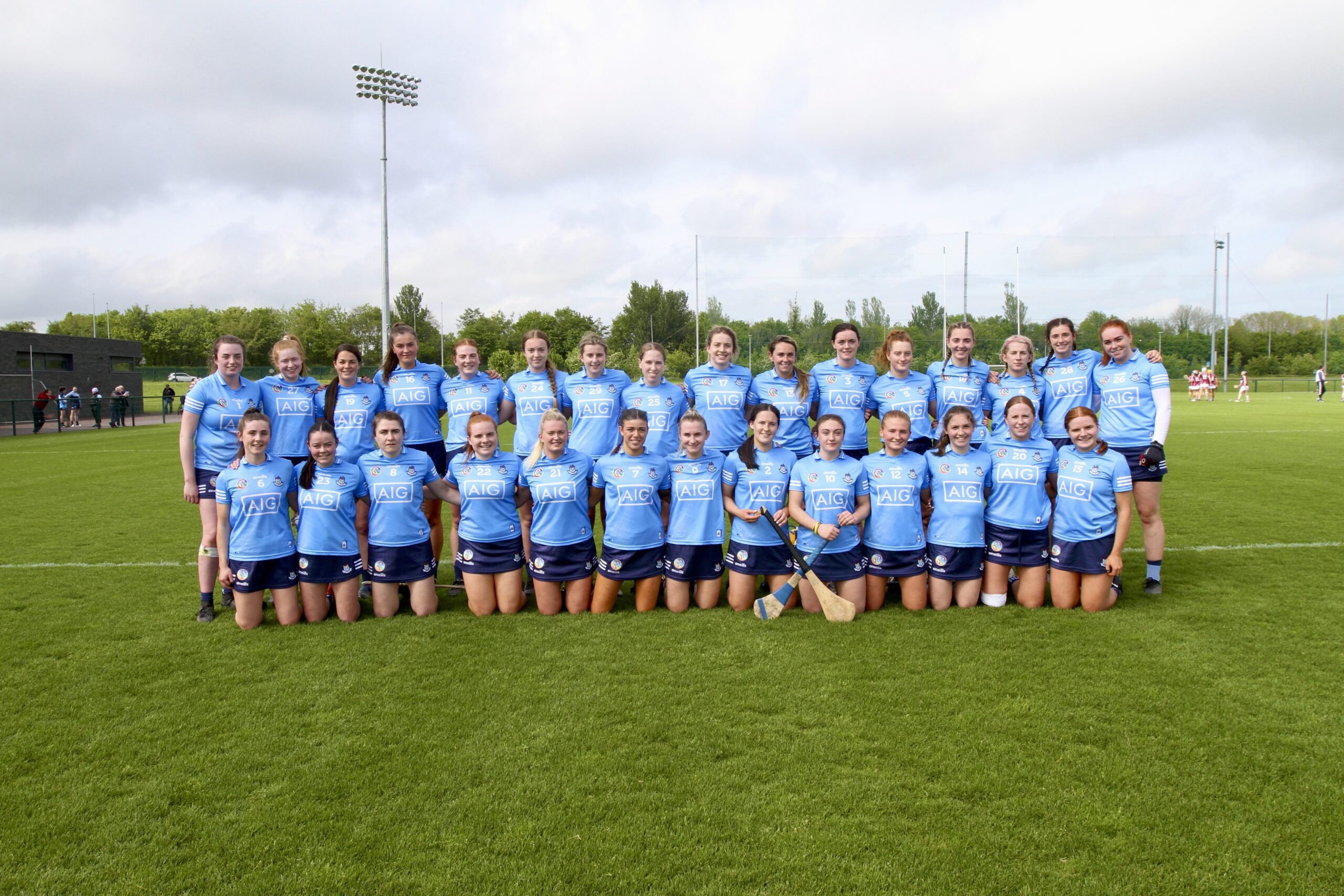 The opening ten minutes were fairly even with both sides tied on two points apiece, but Kilkenny then grabbed the game by the scruff of the neck and their ability to find players free in space and clinical finishing seen them build up a significant ten point lead by half-time, thanks in no small measure to three first half goals.

Despite the deficit the Dublin players showed great character and never let the heads drop and battled right to the final whistle, but two further Kilkenny goals inside the opening six minutes of the second half guaranteed it would be a disappointing ending to Dublin’s first appearance in the provincial final for 35 years.

Kilkenny opened the scoring in the first minute of the game with a point from Aoife Prendergast, a minute later the sides were level with Aisling Maher converting a free.

Prendergast swung over a nice point to give Kilkenny the lead again, but once again Maher leveled the game with her second successful free.

With ten minutes gone it looked like this final would be a tight affair, but Kilkenny began to enjoy more possession and find players free in space and Dublin started to struggle to contain the Kilkenny attacks.

Points from Aoife Doyle and Miriam Walsh gave Kilkenny a two point advantage. Doyle’s pace and movement was causing problems for the Dublin defence and she made it count in the twelfth minute finishing to the net for the first goal of the final.

Kilkenny increased their lead with a an excellent point from Mary O’Connell. Three minutes later and that lead was stretched out to nine points when Miriam Walsh hit the games second goal and Dublin already had a mountain to climb to get back into the final.

Dublin momentarily stopped the one way scoring with their first score in seventeen minutes a point from Aisling O’Neill.

Points from Kilkenny’s Katie Nolan and Miriam Walsh were answered in kind by Dublin’s Niamh Gannon with an excellent point from the right and Aisling O’Neill.

In first half injury time a long range speculative effort from Katie Power from around the middle of the park found the back of the net, Dublin keeper Eabha Mooney looked to be unsighted to the flight of the ball by a Kilkenny player jumping up in front of her in an effort to win the ball and it evaded both players to nestle in the net.

Just before the half-time whistle Aisling Maher converted a free to leave ten points between the teams a the break with the score 3-07 to 0-06.

Maher reduced the deficit four minutes into the second half with another successful free attempt.

But any small sliver of hope of a Dublin comeback were extinguished in a blistering two minute spell as Kilkenny hit 2-02 to all but seal the victory and secure the Leinster Camogie title.

Aoife Doyle and Miriam Walsh grabbed their second goals of the game and sandwiched in between were points from Katie Nolan and Julieann Malone and suddenly there were seventeen points between the teams.

In the 41st minute a Katie Nolan converted free extended the Kilkenny lead to eighteen.

In fairness to Dublin they had their best scoring spell in the closing ten minutes of the game out scoring Kilkenny by five points to one, two from Aisling O’Neill and one each from Niamh Gannon, Gaby Couch and Aoife Walsh with the solidarity response for Kilkenny coming from Sarah Crowley.

Deep in second half injury time Aisling O’Neill who was Dublin’s most dangerous forward in the game won a ball on the right, went by her marker towards goal, but her well struck shot at goal saved by Kilkenny keeper Aoife Norris.

Disappointing result today for Dublin who will now turn their attention to the All Ireland series which begins in a couple of weeks.