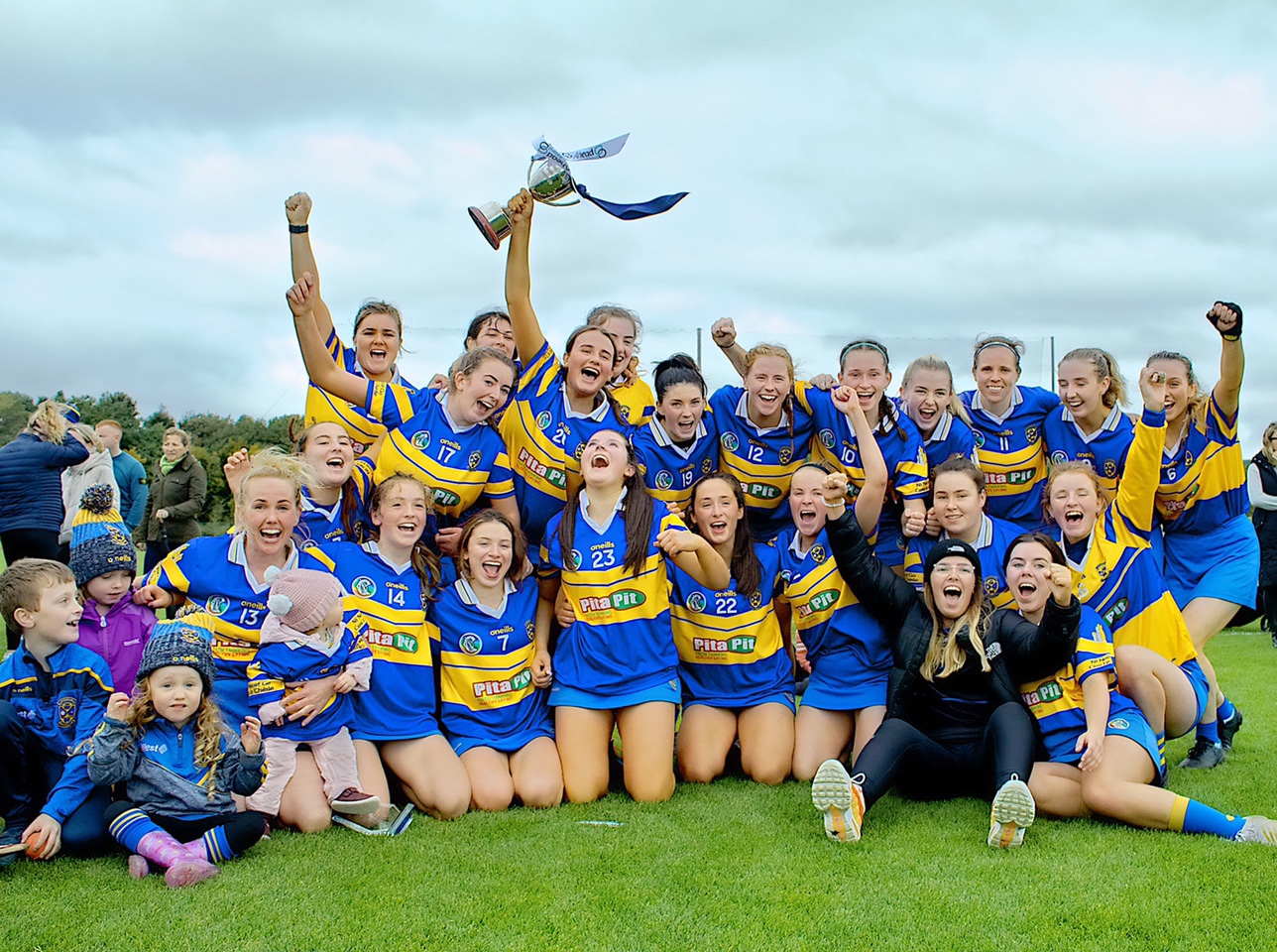 Aisling O’Neill (Player of the Match) and Aoife Whelan were the stars up front for Castleknock accounting for 2-10 of the scoring total between them.

There were top class performances throughout the team and squad. Aisling Andrews came off the bench early in the second half and finished with 1-01 to her name.

Castleknock never allowed Naomh Mearnóg to build up any momentum and the few forays forward they did muster were repelled by the excellent Niamh Mulrooney and Cara Feeney.

Naomh Mearnóg just couldn’t contain the pace, work-rate, clever use of the ball and scoring power of a Castleknock side still full of running at the final whistle.

Two points from Aisling O’Neill gave Castleknock an early lead, Grainne Power replied with a point for Naomh Mearnóg in the seventh minute to reduce the deficit, but it was to be their only point of the half with Castleknock taking full control.

By the break the lead was out to nine points thanks to a great finish and goal from Aoife Whelan to leave the score at half-time 1-07 to 0-01.

Naomh Mearnóg needed to grab some early scores to get themselves back into this Senior 2 final but it was Castleknock who were quick out of the blocks with a converted 45’ from O’Neill and a well struck free from Molly O’Neill.

In the 37th minute Miriam Twomey scored Naomh Mearnóg’s second point of the game, it was to be their only other score in the game.

Another successful free attempt from Aisling O’Neill was followed seconds later by the games second goal excellently dispatched by substitute Aisling Andrews in the 44th minute.

Aoife Whelan and Aisling Andrews added further points and eight minutes from the full time whistle Whelan added her second goal and her sides third of the final.

The one way traffic continued to the end with substitutes Emma McMenamin and Bronagh Quinn getting their names on the score sheet and Aisling O’Neill scoring her eight point of the final and by the full-time whistle there was no denying Castleknock were deserving winners on the day and worthy Dublin Camogie Senior 2 club champions.

GALWAY SEAL VICTORY DESPITE MUCH IMPROVED SECOND HALF FROM DUBLIN