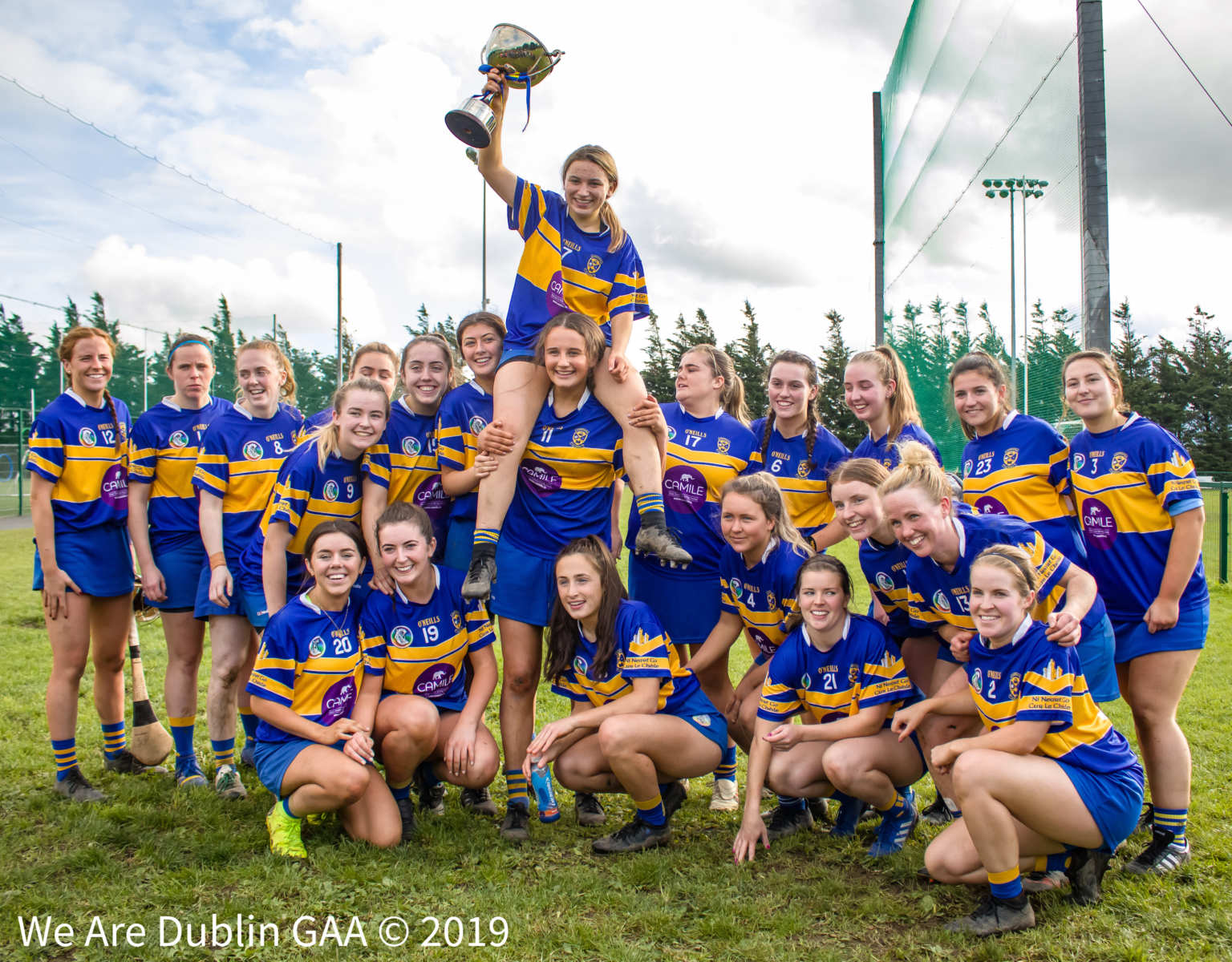 Castleknock claimed the We Are Dublin GAA Inter 1 Camogie Club Championship title this afternoon in Round Towers GAA with an emphatic win over Erins Isle.

A brace of goals a vital times in both half’s paved the way for the Castleknock victory. Both teams had arrived to the final with unbeaten records and a tight contest was expected.

Erins Isle though never got going and Castleknock made them pay with a display full of intensity, clever passing and accurate shooting.

The young Isle’s side based on their campaign leading into the final will be disappointed with their performance today and it certainly wasn’t a reflection on the championship they had this year, but the players will certainly have learned a lot from today’s encounter to bring into next season.

The game started amid a downpour, Castleknock struck first with a fine point from Aoife Whelan.

The response from Erins Isle was definitive as Sarah Langan struck a fine effort to the back of the net. But that was as good as it got for the Finglas outfit as Castleknock dominated the rest of the half and the Isle’s forwards were starved of possession.

The side from Somerton drove forward relentlessly and piled the pressure on the Erins Isle defensive unit and hit an unanswered 2-07 to take full control of the Inter 1 final. 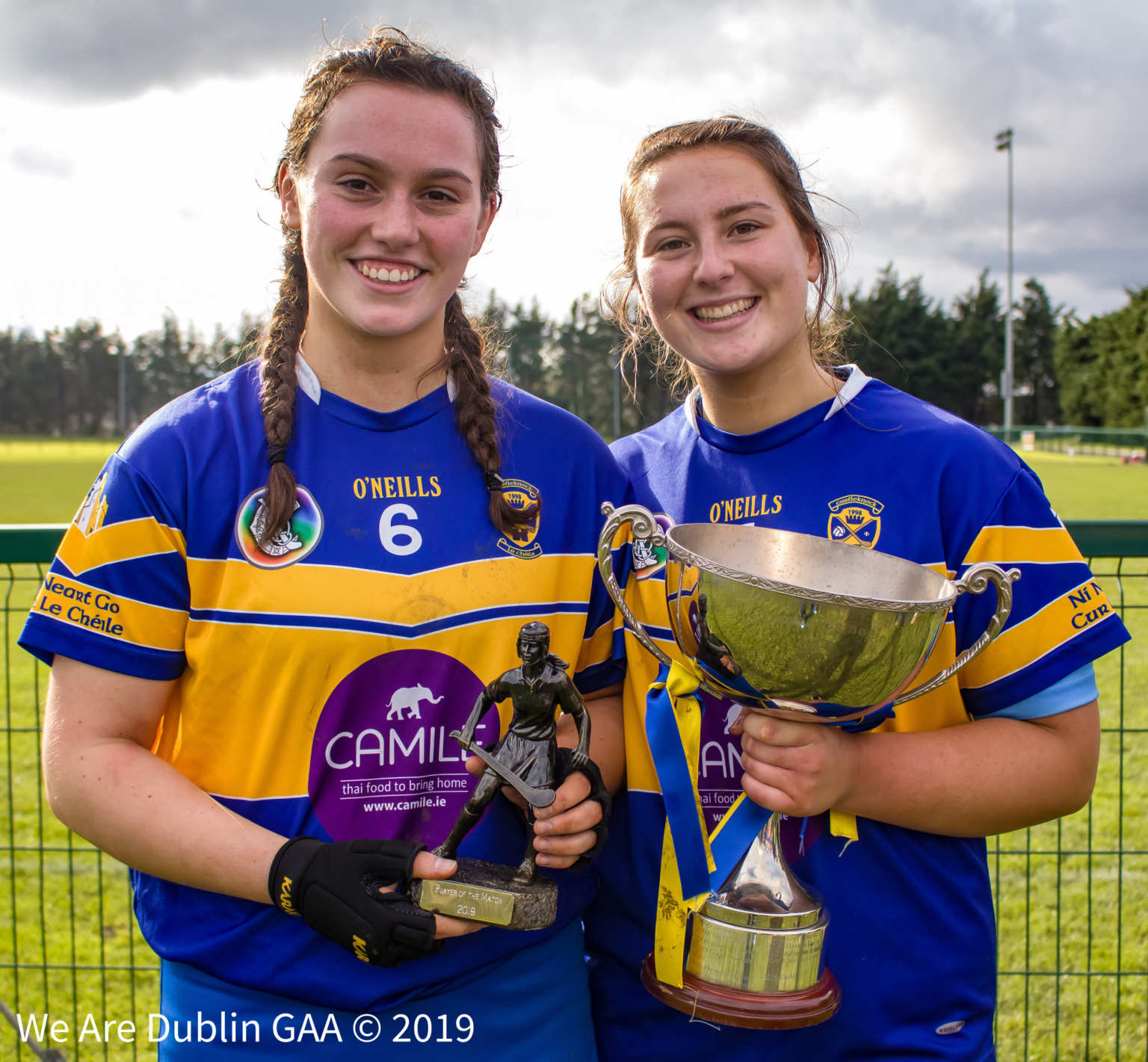 Ciara Burgess got the ball rolling with a well taken goal, a point from Caitlin Coffey was followed by Castleknock’s second goal of the half, Cara Feeney hit a long range effort that flew off the turf in front of the Isle’s keeper Chelsea Smith and into the net.

Two points a piece from Player of the Match Molly O’Neill and Aoife Whelan and one each from Christine Kenny and Ciara Burgess put Castleknock eleven points in front.

Just before the short whistle Isle’s pulled a point back with a converted free from Louise O’Hara to leave the score at the break 2-08 to 1-01.

Erins Isle needed to come out of the blocks at the start of the second half but Castleknock put the game out of their reach with a quick 1-01 both scored by Louise Mahony.

In fairness to Isle’s even though the game was beyond their reach they battled gamely to the end. Megan Thomas reduced the deficit with a well struck 45’, but it was to be their last score of the game.

Castleknock drove for home and points from Ciara Burgess, Brónagh Quinn we’re followed with their fourth goal of the final excellent taken by Cara Feeney and the scoring was rounded off with a converted 45’ from Molly O’Neill and Castleknock ran out deserving 19 point victors to claim the We Are Dublin GAA/Dublin Camogie Inter 1 title.

They won’t have too much time to celebrate as Castleknock are back in action next weekend against JohnstownBridge in the Leinster club championship.