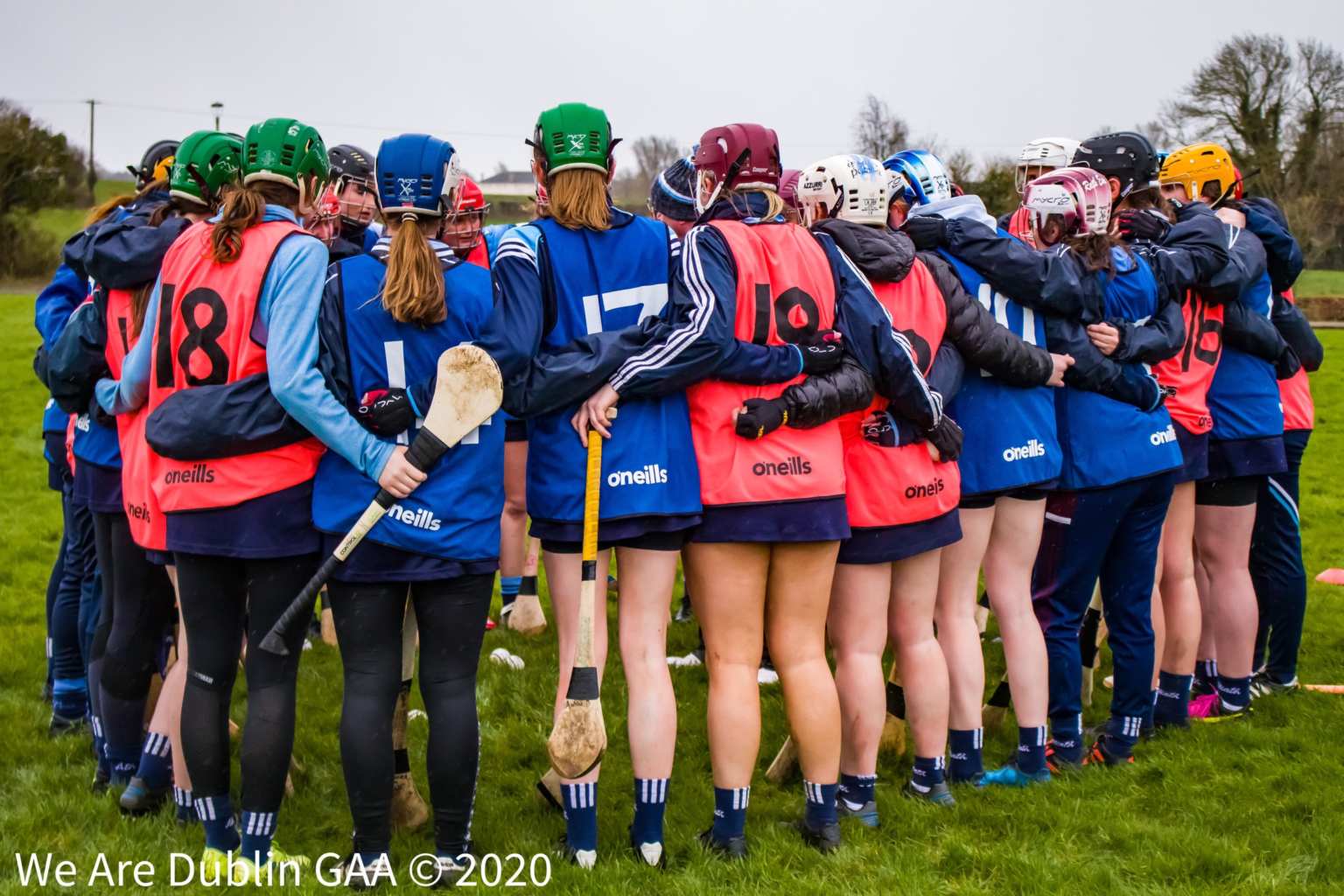 The Tipperary Inter Camogie team made it two from two yesterday afternoon against Dublin in farcical conditions in Thurles as Storm Jorge unleashed it’s full force during the game.

As far as the game is concerned their is little to write about the action as the game became a complete lottery as far as winning possession and garnering scores.

Tipperary had the gale force wind at their backs for the first half and built up a 1-05 to no score lead at the break.

The Tipp goal came via the ball sticking in a mud patch in front of the goal and the hosts after a ruck involving a number of players scrambled the ball over the line.

The weather conditions deteriorated even further after the break and there were just three further scores in the second half with the second Tipperary goal coming in injury time, again Storm Jorge had a helping hand in that.

Serious questions have to be asked why the game went ahead in the first place and secondly why it wasn’t abandoned as the weather deteriorated the longer the game went on.

The gate to the pitch had a big ‘Pitch Closed’ sign on it and that’s the way it should have remained. The ground was saturated and heavy and once the ball hit the turf it stopped dead.

On one side of the pitch the grass was a couple of inches longer than the rest completely unsuitable or of the standard acceptable for an inter-county game in a national competition.

An hour out from the official throw-in and Storm Jorge arrived and the weather conditions deteriorated rapidly, a gale force wind brought with it a sudden drop in temperature and driving rain which turned to a blizzard of sleet.

The pitch was completely open with no dugouts for the substitutes to shelter and also nowhere for spectators to shelter either.

Dublin played facing the full blunt of the elements in the first half and conveyed to the management at the break that they were blinded by the driving sleet which made it impossible to see the ball or judge the flight of the ball.

The continual sight throughout the first half was members of both backroom teams entering the field of play with towels and deep heat sprays and creams trying desperately to heat up players hands with a number of players distressed and crying because their hands were so numb from the cold and they were struggling to hold onto their hurls.

At the half-time break there were players crying in the toilets due to the pain in their hands from the cold with numerous people vigorously rubbing the hands of a number of players trying to get the circulation back for the second half.

Players Were Shaking Uncontrollably In The Dressing Room At Half-Time

Speaking to the Dublin management after the game they conveyed their concern and shock at how cold their players were and spoke about them uncontrollably shaking in the dressing room.

The referee spoke to both managements at the break and told them they could take as much time as necessary before coming out for the second half.

But as Dublin manager Dave Dunning explained that would have only made matters worse as the players were getting colder sitting around.

There were some comments on social media that the managements of both teams should have taken responsibility and refused to come out for the second half or refused to play at all in the first place.

But the management teams hands were tied because once it’s deemed an official fixture then refusal to play or to take a team from the pitch could result in the team facing expulsion from the league and a 48 week suspension from all competitive action.

The weather was even worse in the second half as Storm Jorge continued at full blast and the pitch and underfoot conditions were downright dangerous.

The players are to be commended for finishing the game but the fallout from this will go on.

Some serious questions need to be answered by both the referee and the Camogie Association as to why this game was not cancelled as were so many others on the day including the other game in Dublin and Tipperary’s group.

Why did the referee apologise after the game to the managements for ‘having’ to play the game. Why did he have to play the game? Was he under instruction from those at the top that come hell or high water this fixture was to be completed.

This fixture had already been cancelled due to another storm a few weeks ago, yet conditions yesterday brought by Storm Jorge were even worse but the game went ahead, why?

Add in the fact the conditions were so bad that the referee couldn’t mark down the scores or anything else in his notebook and admitted he was keeping the scores in his head which in turn led to him having the score differently at half time to everyone else in attendance.

If the referee couldn’t execute his match duties to the full why did the game go ahead?

Look everyone knows that games being cancelled completely messes up the fixture calendar, but first and foremost must be player welfare and there was certainly no consideration for that yesterday.

It’s just pure luck that no players were seriously injured yesterday but some may be asking why they bother after their safety was treated with such disregard.

Players deserve to be treated much better than that and deserve answers as to why they were forced to play and travel in the midst of a Storm.