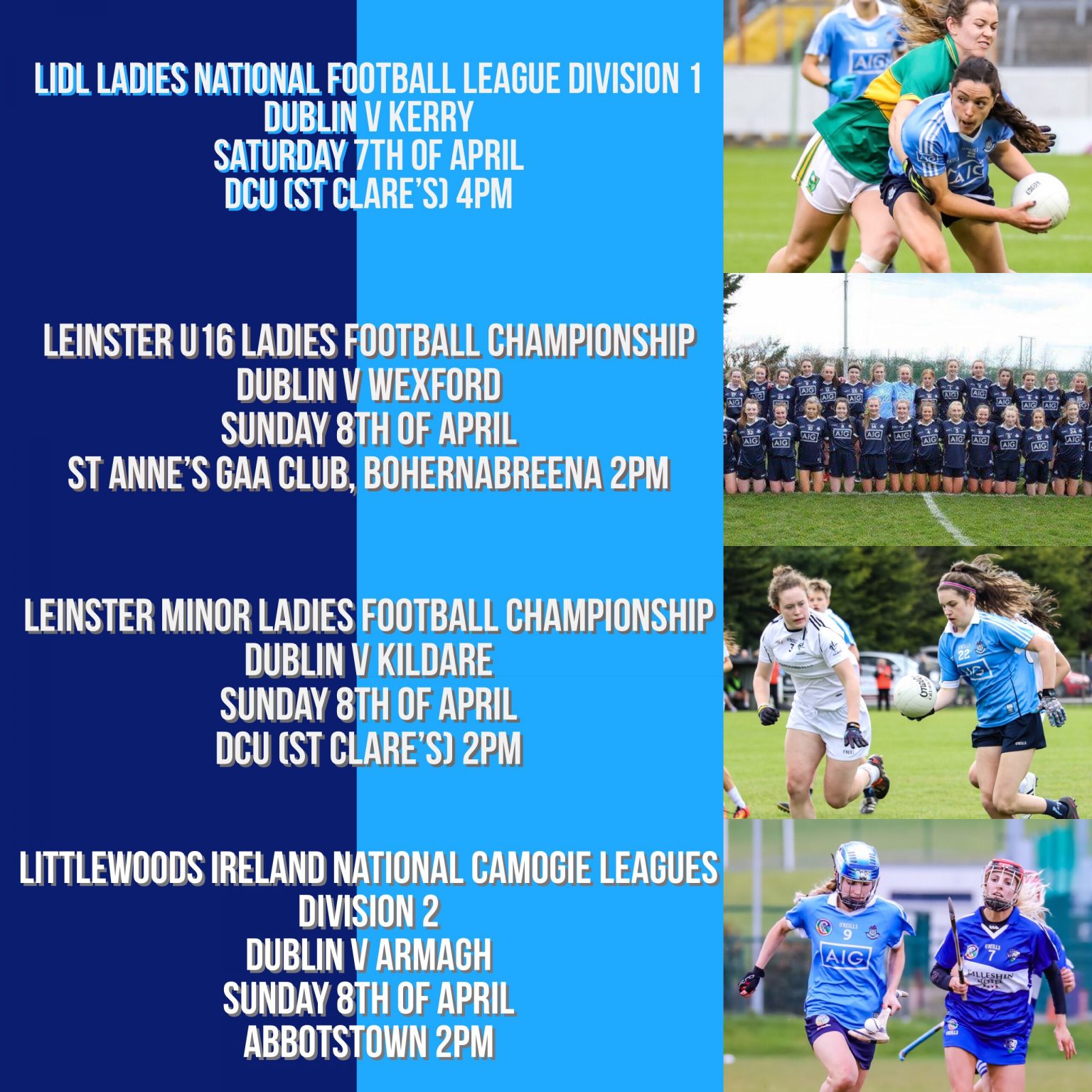 It’s another very busy weekend of League and Leinster championship action for a number of Dublin’s Ladies Football and Camogie Squads.

The Dublin Senior Ladies Footballers get the busy schedule underway on Saturday the 7th Of April as they play their final round game of the Lidl Ladies National Football League.

That game will be against Kerry in what is their rescheduled fixture that was to be part of a double header in Croke Park a few weeks back but was postponed because of the ‘Beast From The East’ storm.

The venue for Saturday’s game is DCU (St Clare’s) with the game throwing in at 4pm.

There are three games down for decision on Sunday the 8th Of April.

The Dublin U16 Ladies football squad will face Wexford in the U16 Leinster Championship with the game taking place in St Anne’s GAA Club in Bohernabreena at 2pm.

At the same time of 2pm in DCU (St Clare’s) the Dublin Minor Ladies Footballers take on Kildare in the semi final of the Leinster Minor Football Championship.

This game was to take place last weekend, but despite the best efforts of the Dublin Ladies County Board, the deluge over the weekend led to not one, but two venues unfortunately deemed unplayable and the game had to be called off till this weekend.

Also at 2pm on Sunday the 8th of April in the GAA National Development Centre In Abbotstown, the Dublin Premier Junior Camogie squad play their final round game of the Littlewoods Ireland National Camogie Leagues.

It’s another rescheduled fixture and the visitors to Abbotstown in Sunday are Armagh. There’s plenty to play for as a win for Dublin will see them claim a place in the Division 2 League semi finals.

So plenty of top quality inter county action for Dublin supporters to enjoy this coming weekend and all the teams would appreciate and deserve as much support as possible at their games, particularly with League semi final and Leinster championship final places up for grabs.

A packed and vocal home support could make all the difference to the results at the weekend.

Frank Browne – You Have To Stop Learning At Some Stage...