St. Brendan’s Park in Birr will host one of today’s All Ireland Senior Camogie Semi Finals between St. Vincents and Sarsfields 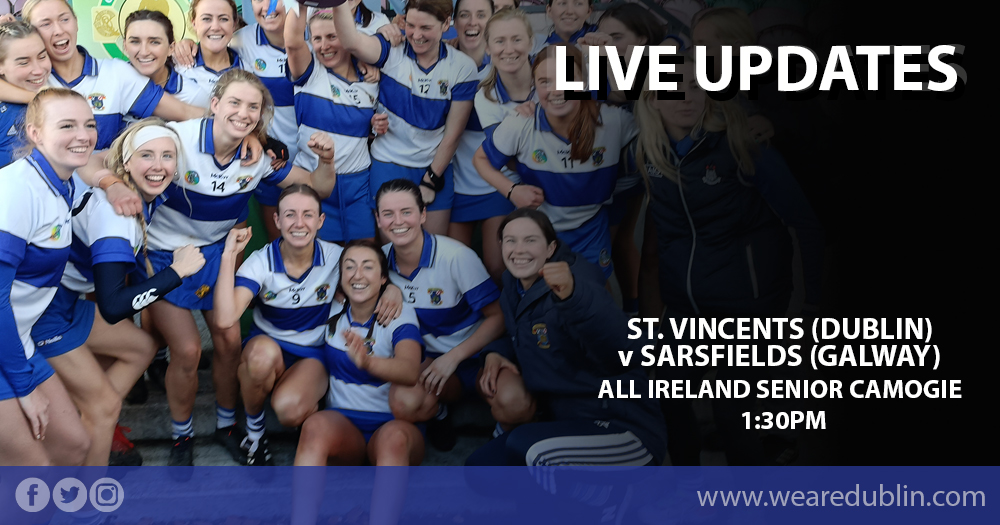 With the Dublin Senior County Camogie Championship secured, and a successful Leinster Campaign completed, St. Vincents face the first hurdle on the grandest stage this afternoon. And the thought’s of an An Ireland crown will be making the girls from Marino dream big as they go again. They’ll need all their big game experience as they face reigning Champions Sarsfields from Galway later today in Birr.

One thing that will bouy their spirits is the attitude and resilience they displayed against Wexford giants Oulart The Ballagh in the recent provincial decider. And from Niamh Hetherton’s 23rd minute goal, St. Vincents rarely looked like losing the lead despite Oulart reducing the gap to a point on more than a few occasions. In a pulsating second session Vincents were, as the Wexford People described them, defiant to the end. And it will be that attitude that they’ll need to muster in the cold conditions in Offaly this afternoon.

We’ll be live from St. Brendan’s Park later today. And we’ll keep you posted if you’re not traveling to the game. Our Twitter Feed will be filled with Live Updates from the throw in at 1:30pm. Just head to www.twitter.com/wearedub to follow the action. Not on Twitter? Don’t worry, you can follow the feed below this post.