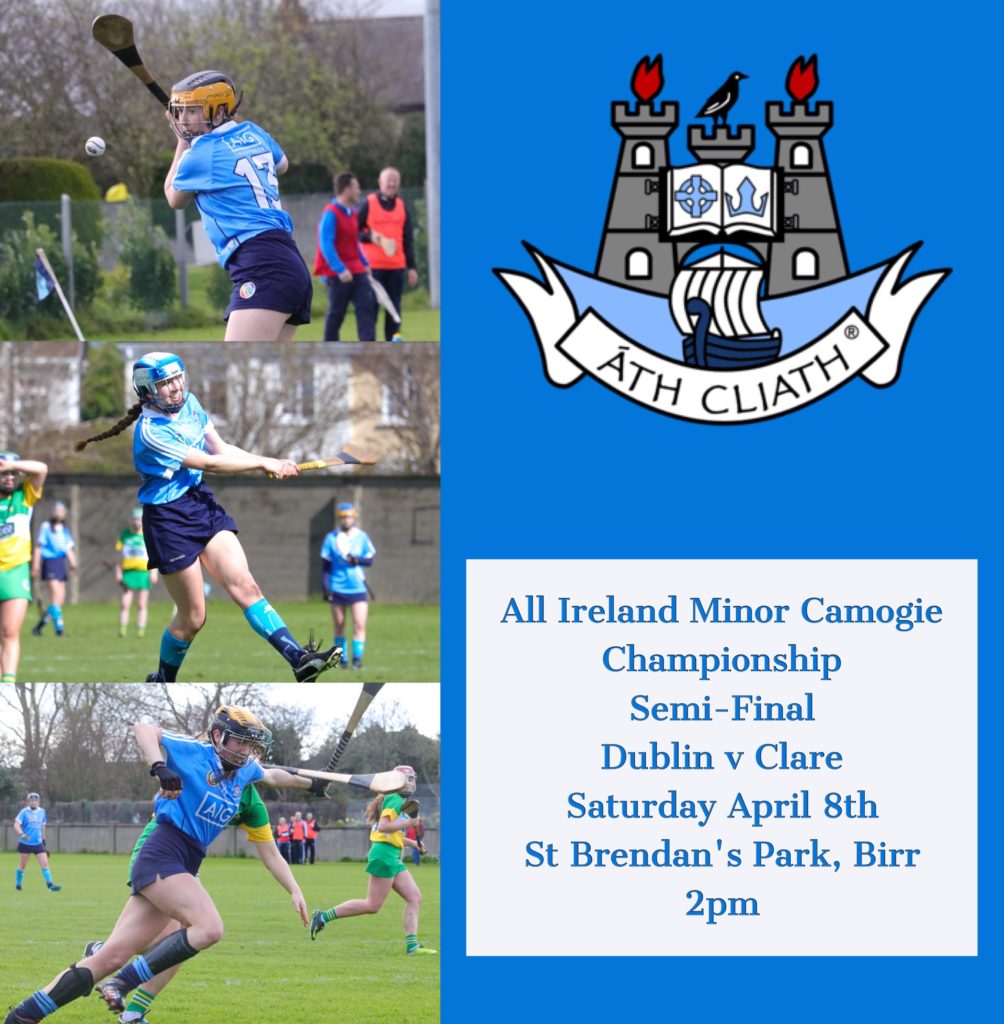 The venue and throw-in time for this Saturdays All Ireland Minor Camogie Championship semi-final between Dublin and Clare have been announced.

The game will take place in St Brendan’s Park in Birr Co. Offaly with the action getting underway at 2pm.

Dublin were in scintillating form last weekend and blitzed Offaly in the opening ten minutes of the game in an emphatic victory that secured their place in the semi-finals.

Both Dublin and Clare go into Saturdays game with identical records of three wins and one loss in their group games and that should equate to an exciting, action packed, entertaining semi final clash at the weekend between two very attack minded teams.

Since their opening day defeat to Cork, Dublin have gone from strength to strength which culminated in last weeks brilliant performance and will head into the game in buoyant mood and Clare who suffered defeat to Kilkenny two weeks ago will need to be on the guard, particularly if Dublin start as quickly as they did the last day.

Hopefully there will be a huge following that makes its way from the Capital to cheer the Dublin team on to a place in the All Ireland Final and of course if you can’t make it to the game, but want to keep up to date with all the scores and action as it happens, we will have live updates over on our Twitter feed @wearedub from 2pmon Saturday.