O’Connor Runs Riot For 2019 All Stars 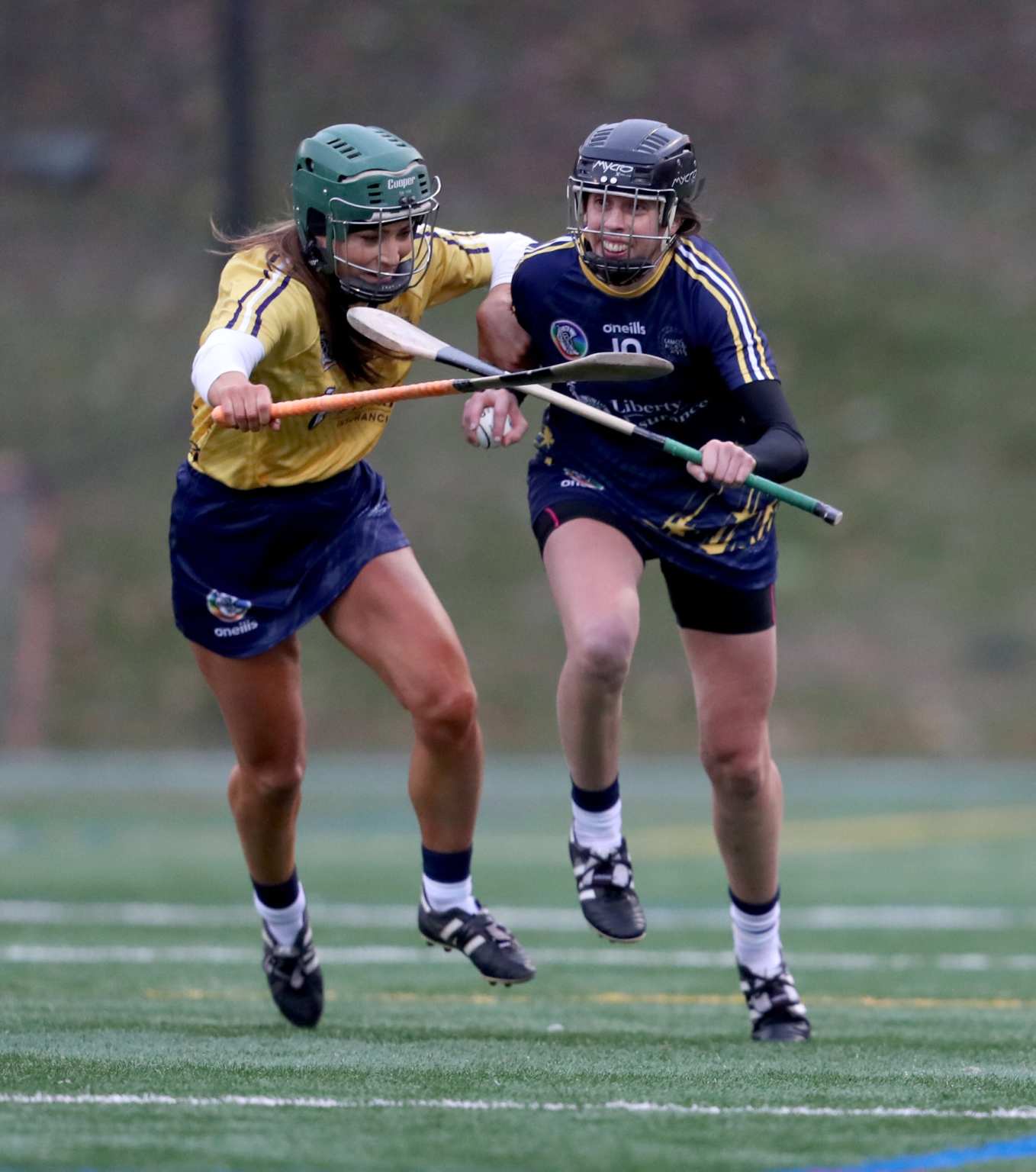 The most recent award winners secured the bragging rights for the remainder of the Liberty Insurance Camogie All-Stars Tour with a resounding victory in an entertaining exhibition match at Gaelic Park.

New York GAA played host to the cream of the Camogie crop in The Bronx and they were treated to a wonderful spectacle.

Amy O’Connor walked away with player-of-the-match honours after finishing with 3-5, all bar one pointed free coming from play in a sensational first half.

She had plenty of strong support though, player of the year Niamh Kilkenny, Niamh Mulcahy, Niamh Rockett and Beth Carton also putting on a show for the 2019 team managed by Galway’s All-Ireland camogie winning boss Cathal Murray.

Cáit Devane and Meighan Farrell were prominent for Paudie Murray’s 2018 unit but they struggled to get a foothold in proceedings, despite a strong start that suggested the Cork supremo had managed to organise some behind-closed-doors sessions with his charges.

They led by 1-3 to 0-2, with the opening point from Cáit Devane a thing of beauty, coming at the end of some patient possession play before Devane made a run that was spotted by Chloe Sigerson and rewarded the pass with a neat finish.

The Tipp full-forward beat Sarah Healy with a rocket for the goal, just seconds after O’Connor’s low shot had rebounded off the butt of the post at the other end of the pitch.

That was a warning that went unheeded and O’Connor finished the half with 3-4 of her own, showing the coruscating speed, movement and deadly finishing that earned the Cork attacker her first award.

She could have had another two goals as well, Rebel teammate Aoife Murray making a point-blank save – Pamela Mackey cleared off the line – while she had a rasper that went over off the top of the crossbar too.

Niamh Kilkenny was the beneficiary of some excellent vision by Beth Carton and Ailish O’Reilly for another goal for Cathal Murray’s 2019 outfit but Meighan Farrell got one back to leave it at 4-10 to 2-4 at the interval.

Paudie Murray did a good job of plugging a lot of the gaps in the second half and though the damage had been done, 2018 were more competitive, Devane punishing a number of defensive indiscretions from the frees awarded by referee Ray Kelly.

Beth Carton, Niamh Rockett, Niamh Mulcahy and Niamh Kilkenny were among the scorers for the 2019 crew as they enjoyed a comfortable triumph.

Dublin’s Minor A Camogie Side Named For Leinster Minor A Championship...