All Your Weekly Fixtures right here! 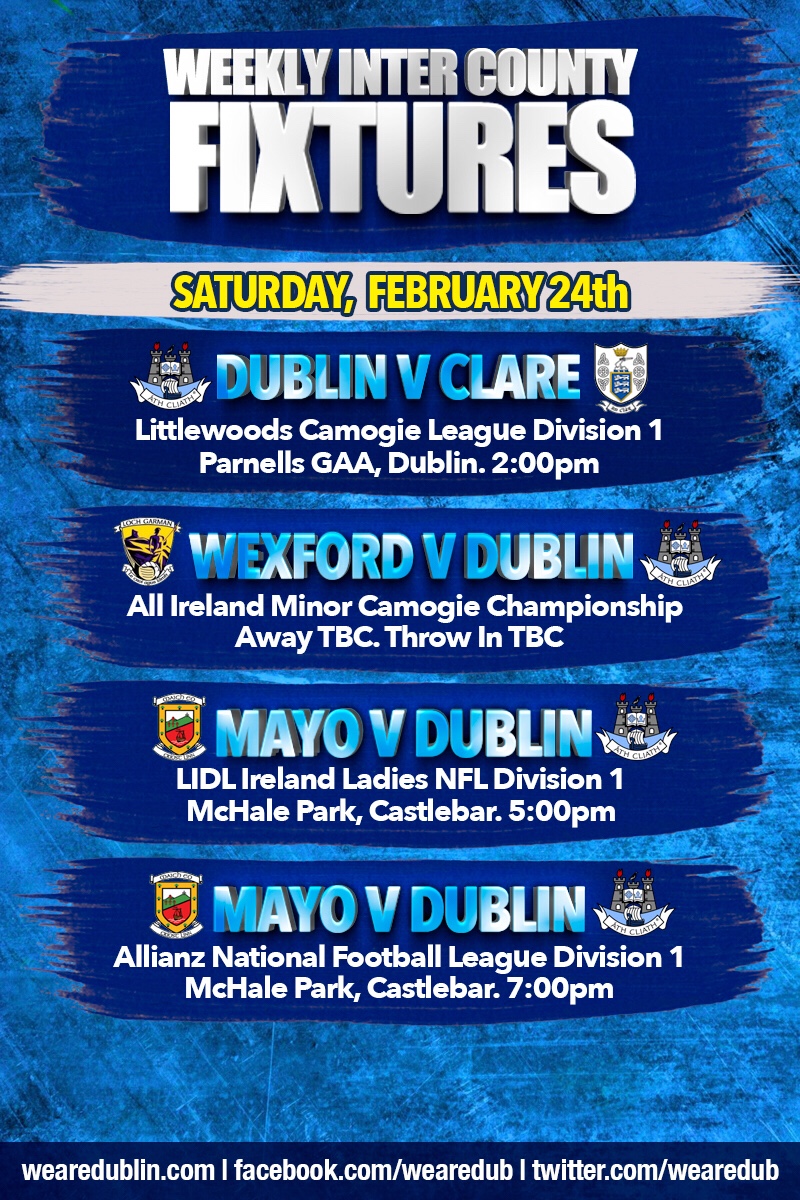 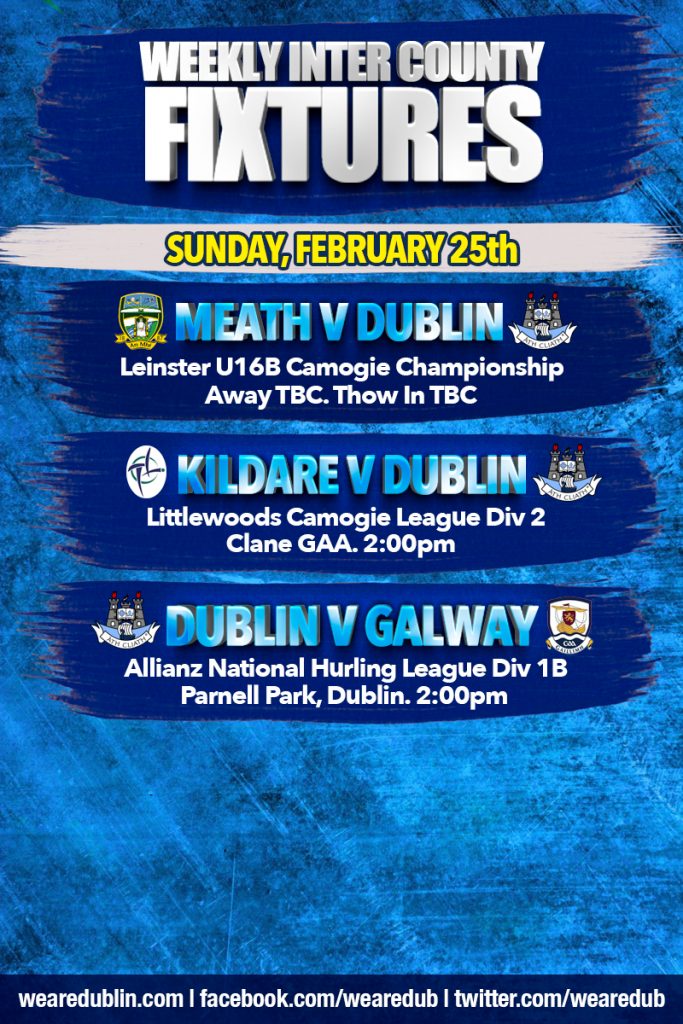 Possibly the busiest weekend of fixtures we’ve had this year is only around the corner as no less than seven games will be contested across all four codes.

Starting Saturday afternoon, Dublin’s Senior Camogie Panel get the action underway at 2:00pm at Parnells GAA in a must win game against Clare. The ladies from the Banner County sit just above David Herity’s Panel in the League table and the Dubs will want to end the group stages of the competition on a positive note.

Dublin’s Minor Camogie Panel suffered defeat at the hands of Cork yesterday and move on to a road trip against Wexford in the next round of their All Ireland Championship. Venue and throw in time is yet to be confirmed.

Then from Camogie it’s off to Castlebar for a massive double header of football.

Dublin’s Senior Ladies Football Panel will get the action underway at 5:00pm in a repeat of last year’s All Ireland Final as they face Mayo. Mick Bohan’s side are three points clear at the top of the Division 1 table as they head into game four of seven in the round stages.

At 7:00pm Dublin’s Senior Footballers will also encore the All Ireland Final of last year and when they face their championship rivals. Mayo have only registered one win from three so far and may see this as an opportunity to get some points on the board and of course lay down a marker against the All Ireland champions before the summer. This will be a massive clash.

Sunday is another small ball day this week.

Dublin’s U16B Camogie side will start their Leinster Championship campaign with a short trip to Meath. Venue and throw in time are yet to be confirmed.

The Premier Junior Camogie Panel will try build on the momentum from their first league win as they travel to Clane to face Kildare. Throw in is down for 2:00pm in game two of this Littlewoods Division 2 Fixture.

Finally the Dublin Senior Hurlers have a massive home tie against Galway and will be hoping Parnell Park will bring the necessary atmosphere to snatch a result from the tribesmen. Throw in is also at 2:00pm for this Allianz Hurling League fixture.

All covered? Ok let’s get out there this weekend and support the girls and boys in blue.